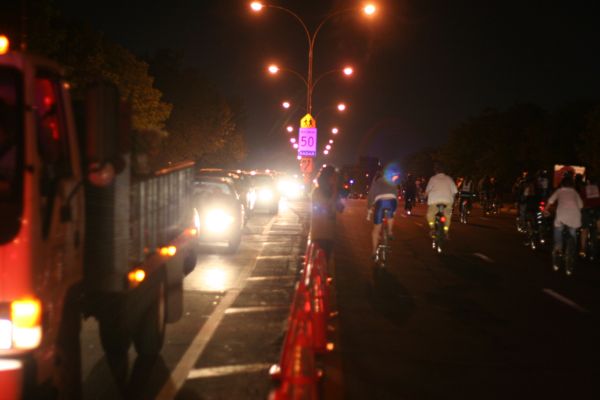 On the left: Heroes. On the right: Terrorists.

The Gazette’s Bill Brownstein is on a driver’s rights binge this week. On Monday, he was on CFCF talking about how the city was “held hostage” by the Tour de l’Île, and repeating the anti-cyclist talking points:

Of course, there are counter-arguments to all these. The tours’ routes were constructed to allow car traffic through wherever safely possible (and for crying out loud, it’s one weekend day a year), emergency vehicles were given priority, and holding it on another island would defeat the purpose of a Tour de l’Île, wouldn’t it?

When you consider how much space in this city is reserved solely for four-wheel transportation, and how many traffic rules are designed solely to prevent them from crashing into each other, you wonder if people who say drivers are oppressed aren’t on some crazy drug. 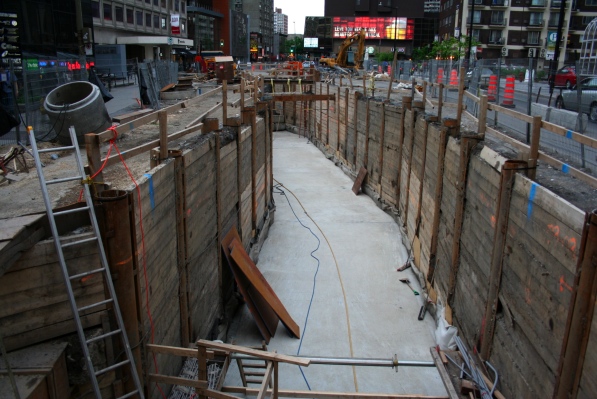 This tunnel under de Maisonneuve Blvd. will link Concordia's Hall and Library buildings with the Guy-Concordia metro station.

Today, in his newspaper column, Brownstein talks about the tunnel being constructed at Concordia’s downtown campus that would connect the two older buildings at de Maisonneuve and Mackay with the Guy-Concordia metro station (and, just as importantly, the two newer buildings):

Are you kidding me? The students can’t handle the two-block trek outside! Has this exercise really been worth it? Construction on that corner has done a marvellous job of crippling traffic for motorists and cyclists alike.

While this is true, consider what will happen once the tunnel is built. Students will no longer have to go outside to get between the metro and the Hall Building. They will no longer have to jaywalk across de Maisonneuve Blvd., and they’ll no longer be an annoying swarm for drivers to contend with on a daily basis. Not to mention how much easier it will be to transport equipment between buildings. This construction will actually be good for drivers.

Brownstein also talks about Old Montreal being closed to traffic and the horror that’s causing by forcing drivers to walk a couple of blocks to their overpriced restaurants overpriced hotels with their bags. (Bonus points if you notice the blatant hypocrisy here.)

Sorry Bill, you haven’t made a convert out of me.

CORRECTION (June 25): Brownstein was talking about Old Montreal hotels needing to send bellboys blocks away to pick up bags, not people needing to walk to overpriced restaurants. Fagstein regrets the error.

10 thoughts on “Brownstein the auto warrior”