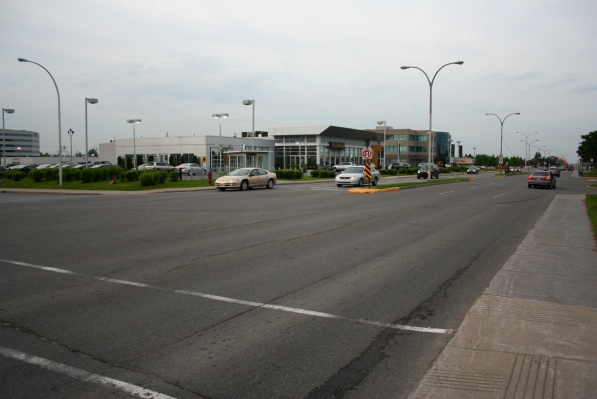 Where is this intersection, and why is it dangerous?

UPDATE: It is, of course, the corner of Brunswick Blvd. and Auto Plaza Ave. in Pointe-Claire, right outside the Fairview mall.

There are two main reasons it’s so dangerous (not including the fact that it’s the first intersection used by a lot of people in their brand new cars):

This seems like a no-brainer for a traffic light, perhaps even a reorganization to ensure that car and bus traffic have a safer right-of-way, especially because the main way to access Fairview is by making a left turn as shown below. 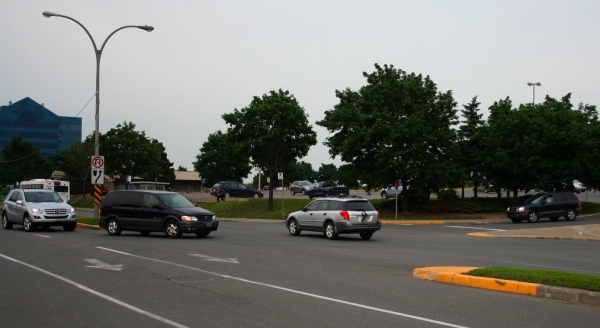 Vehicles passing through the piece of pavement occupied by this grey car in the middle include:

And vehicles are expected to look at all this traffic and judge when it’s safe to cross.

Though it’s done safely thousands of times every day, it can take forever during the busy shopping season, and all it takes is one bad judgment to cause an accident.

These intersections need a set of traffic lights. Now.

11 thoughts on “Montreal Geography Trivia No. 41”