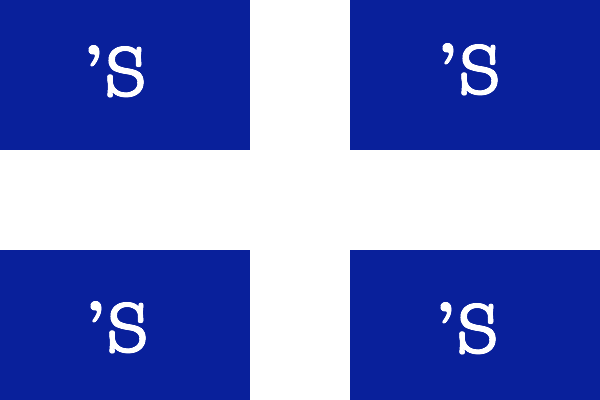 The mythical flag of Anglophonia

You may not be aware of this, but there’s a scandal – no, a SCANDALE! – involving Gazette humour columnist Josh Freed.

I know what you’re thinking: Josh Freed is still alive? He still has a pulse? Someone’s still reading him?

Apparently so. He writes weekly on Saturdays on Page A2, usually about some issue of the week and relating it to how he can’t figure out his microwave. This past Saturday, he wrote about the Fête nationale craziness, and praised how it was francophones who lobbied to get two anglo bands reinstated for a concert tonight.

Maybe we could find a new apolitical flag for Quebec’s national day that speaks to all modern Quebecers who live in our city. How about a fleur-de-lys in one corner, with a snowmobile, a jazz saxophone, and some Cirque de Soleil stilts in the others? Or what about a Bixi bike stuck in a snowbank? Our licence plate is another relic of the political past that could use a facelift. It says “Je me souviens” – or “I remember” – but what do I remember? It’s certainly not my own license plate number, which I keep forgetting as I get older. In fact, given Quebec’s aging boomer society, our license should probably say “J’oublie – I forget.” Or, “Ou sont mes clefs d’auto?” Maybe we could put something practical on the license plate – like a warning for the driver behind you: “LOOK OUT! POTHOLE AHEAD!”

It’s fairly clear here, or should be, that Freed is a satirist and isn’t actually seriously suggesting these things.

But apparently a sentence earlier in his story raised an eyebrow or two:

The dinosaurs of nationalism like the St. Jean organizers who tried to stop two local bands from singing in a foreign dialect called English – a move reminiscent of the old days of the Apostrophe SS.

Somehow, despite only printing about 150,000 copies, one of them was leaked to one of Montreal’s million or so francophones, who passed it on to Gilles Rhéaume. He’s now hopping mad and has filed a complaint with the Quebec Press Council (via Montreal City Weblog).

It was only on Sunday that someone thought to talk to Freed about it, and he took the time to explain to La Presse’s Patrick Lagacé what “Apostrophe SS” means. Yeah, it’s a Nazi reference, which are almost always crude, but it’s also decades old (he even uses it in referring to the past), and it’s a play on words (or, rather, letter). He’s even used it before.

Some francophones might not get it. Or they might take it too seriously. But, of course, Freed wrote this in The Gazette, and he wasn’t writing for a francophone audience.

Considering all that was lost in translation, perhaps one should be provided next time.

A footnote: I edited this piece on Friday night, and wrote the headline “Politics ruin the party”. Had I known it would get disseminated so much (and misunderstood), I might have tried for a more absurd, more memorable headline at least.

UPDATE (June 27): Freed uses his next column to explain himself. In a nutshell, the Apostrophe SS went all Nazi death-camp on apostrophe-S-es, not people.

5 thoughts on “Don’t forget the apostrophe”