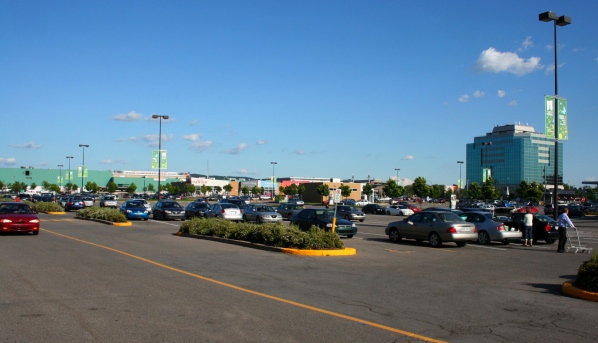 The owner of this giant parking lot revently announced measures to become more environmentally-friendly. What did it decide to do? 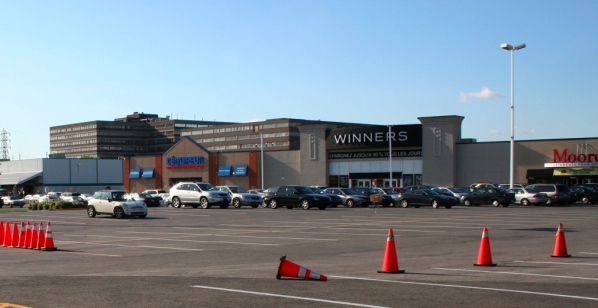 What was taking place when these pictures were taken? 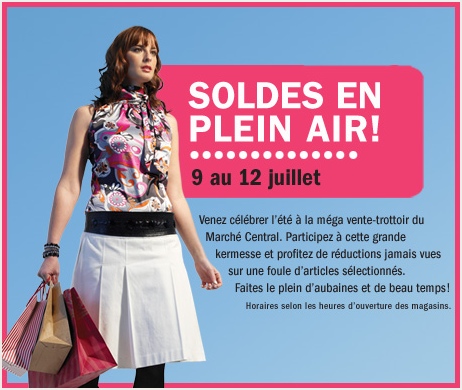 UPDATE: So those are the answers.

Marché Central, the neighbourhood of parking lots and strip malls that represent just about everything environmentalists hate, is trying again to present itself as environmentally-friendly. For their greenwashing efforts, they got a no-questions-asked press-release-as-news article in the Courrier Bordeaux-Cartierville. (It’s also unclear if their used battery plan was dependent on Eco-Centres, who have decided to no longer accept them from retailers.)

And they organized a sidewalk sale that few merchants participated in (even then it amounted to putting a rack of clothes outside and having a very bored sales rep sitting guard outside).

There are plenty of very big ways that Marché Central could reduce its environmental footprint, most of which involve discouraging car travel and excess energy consumption by retailers. But those measures would cause a revolt by the retailers and might affect their bottom line.

Marché Central believes in environmentalism, but not enough to pay for it.