July was a busy month for me, so it’s only now that I finally get a chance to compile my Moving Day pictures and post them. 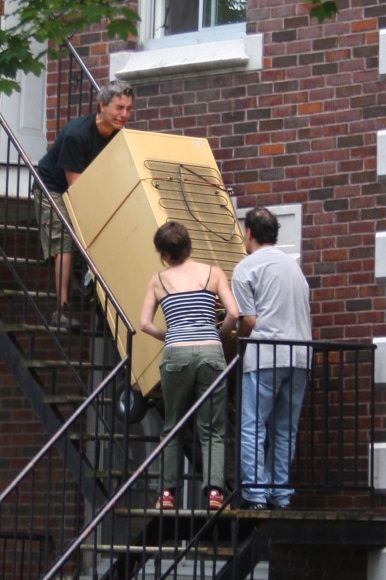 This group took about 15 minutes to haul a fridge up a flight of stairs. For a little while, it looked like it might end in disaster. 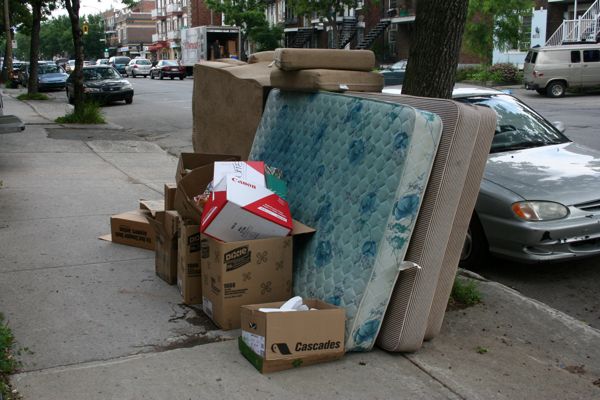 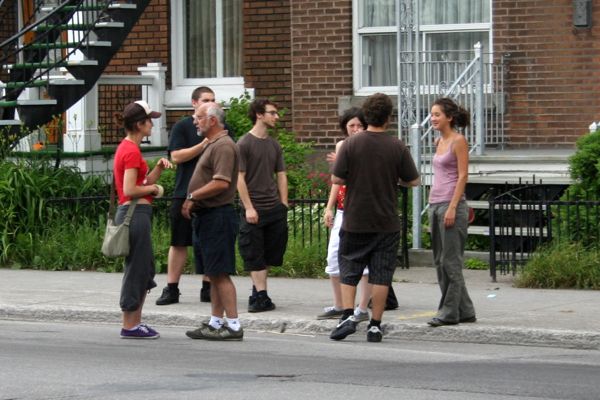 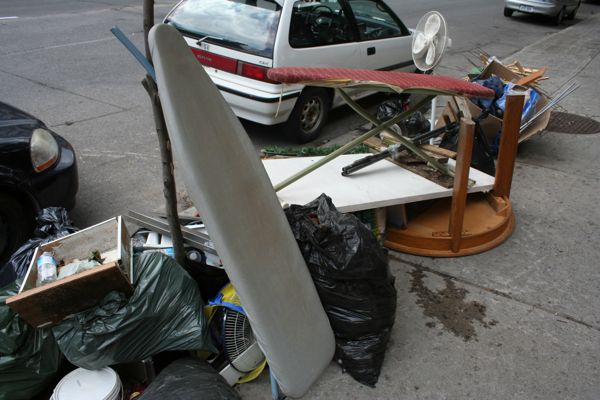 Has ironing gone out of style? (And who needs two ironing boards?) 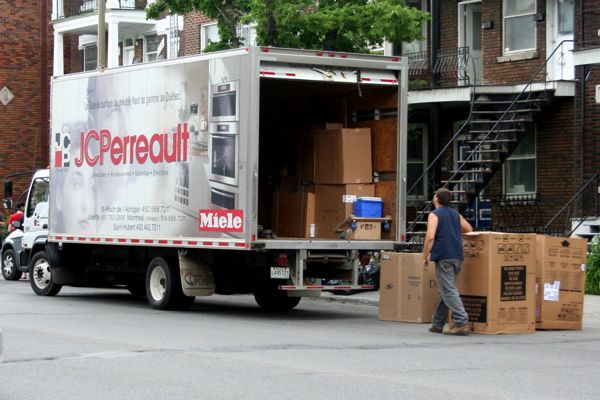 Some people just give up and buy all new stuff 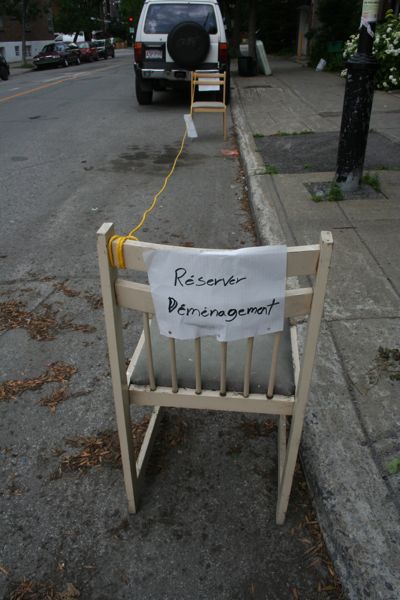 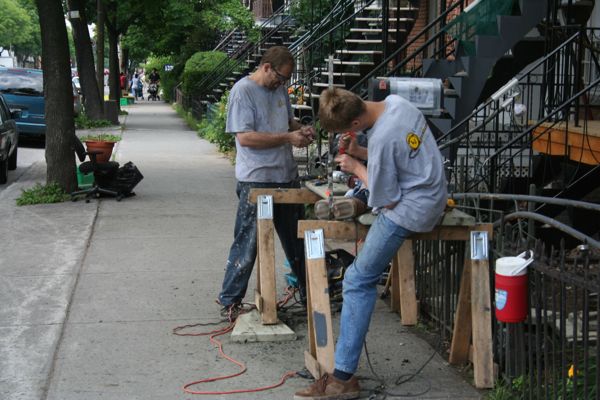 Many people took the opportunity to have carpentry, plumbing and other work done at the same time. 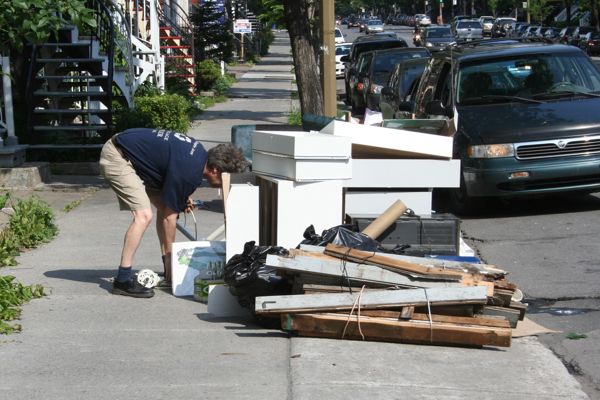 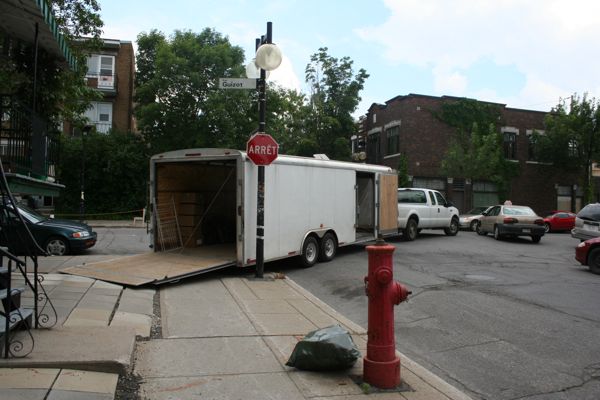 This truck and trailer successfully blocked traffic in three directions at once. Bravo!

Creative parking during Moving Day isn’t new. Trucks park on the sidewalk, double-park, park in no-parking zones, and all sorts of other stuff that breaks the rules but tries not to disrupt things too much.

This truck, however, really impressed me by parking diagonally across an entire intersection. 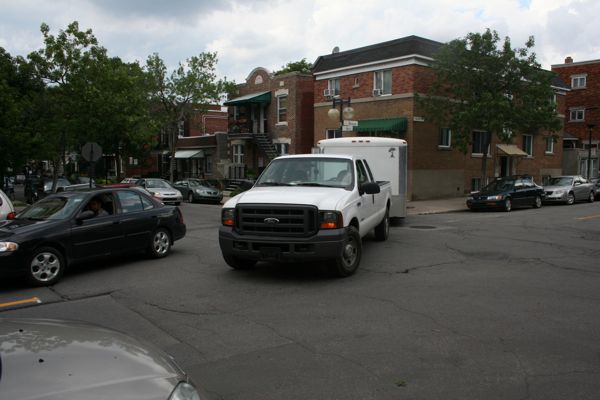 This wasn't a vehicle in motion, this truck is actually parked like this. 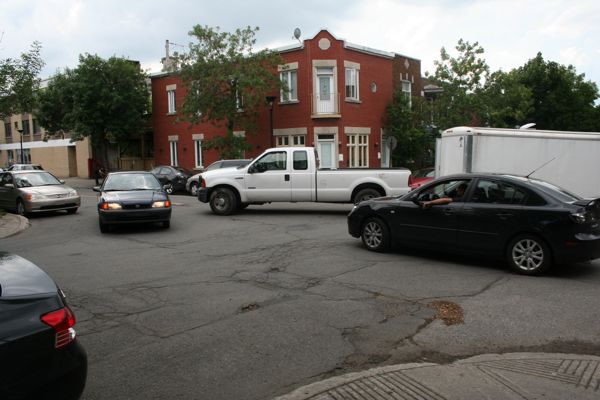 Traffic heading east was able to get by, assuming it didn't crash into oncoming traffic.

Seriously folks, there are limits to the kinds of traffic disruption we should be asked to accept.