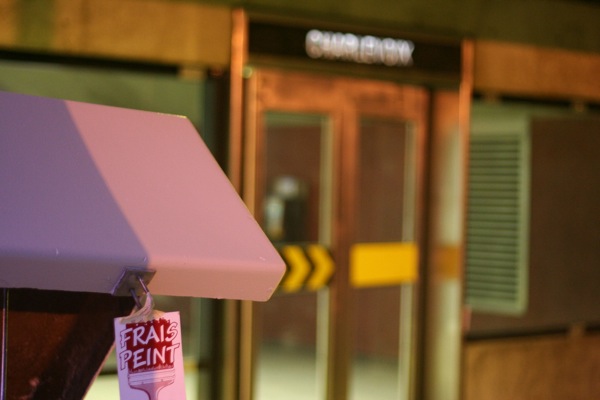 The STM reopened the Charlevoix metro station Monday morning, right on schedule. (They were very proud of that.) The station has been closed for the summer as its only entrance was renovated and other minor work was done inside. 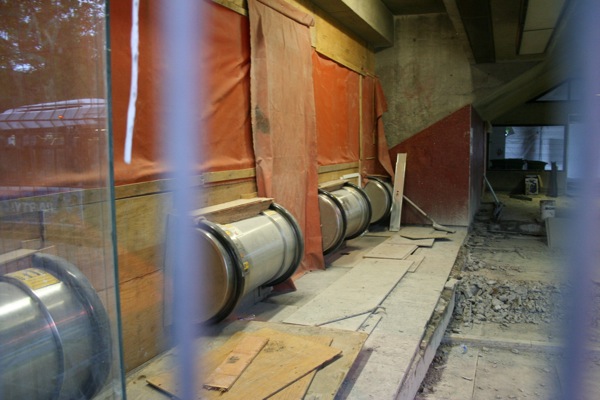 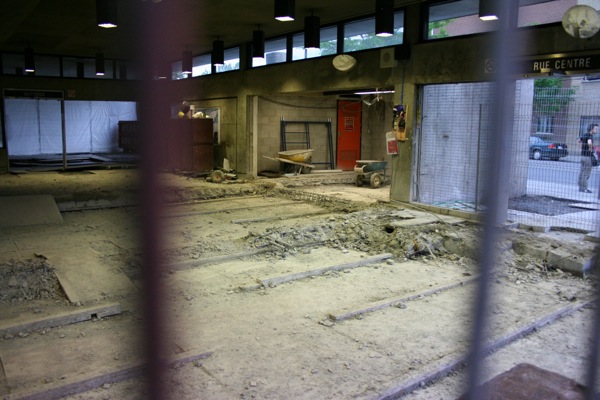 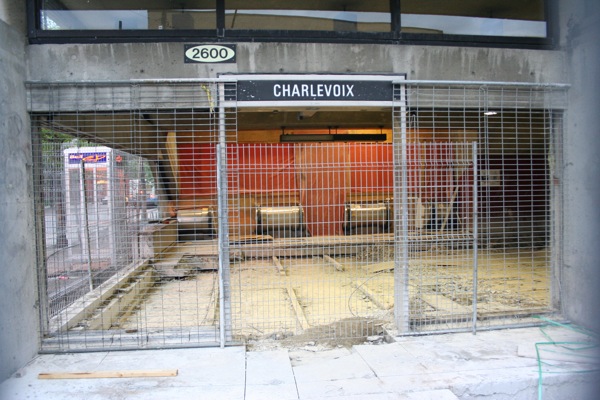 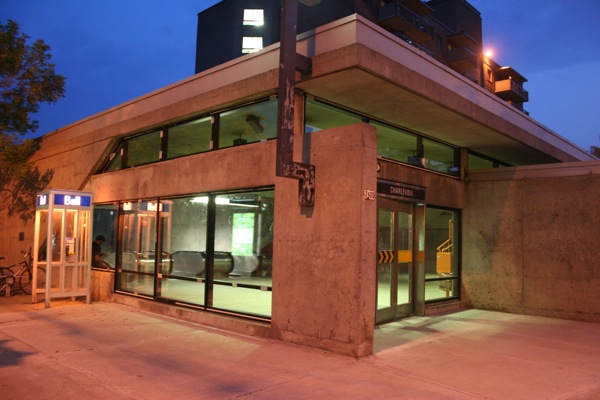 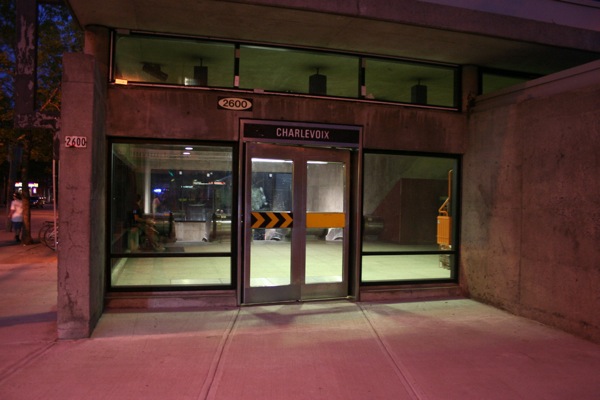 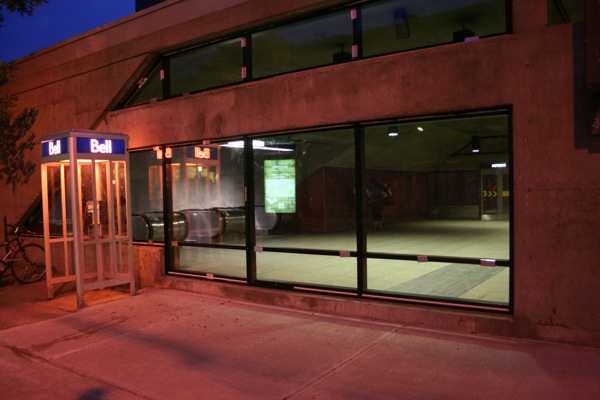 New windows were installed as part of the renovation 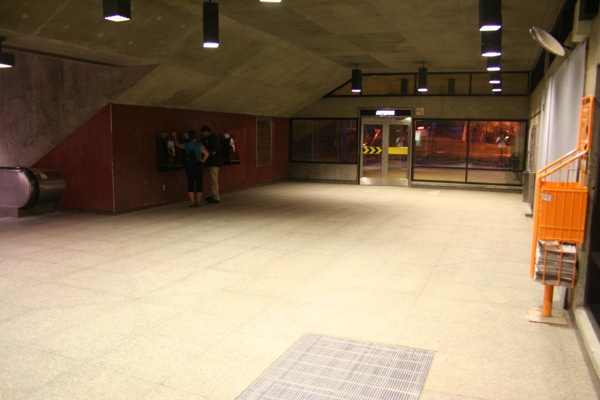 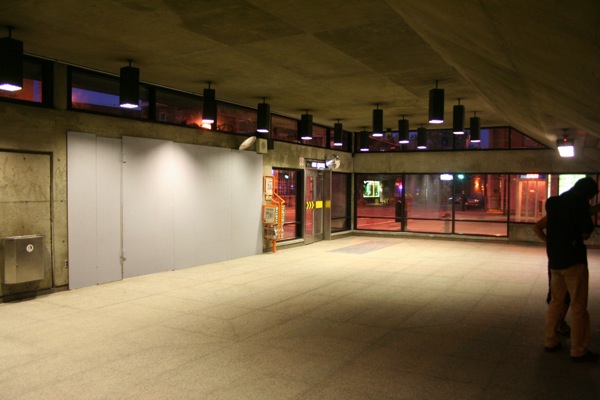 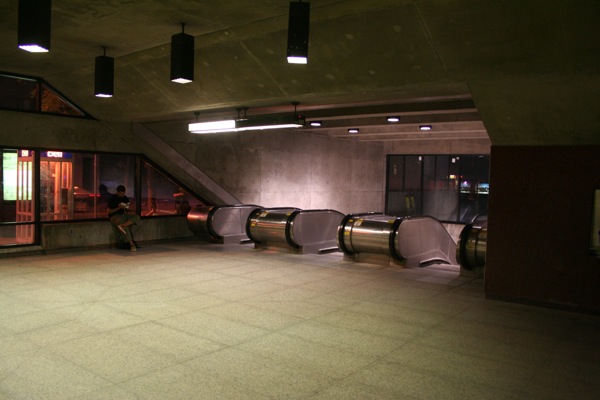 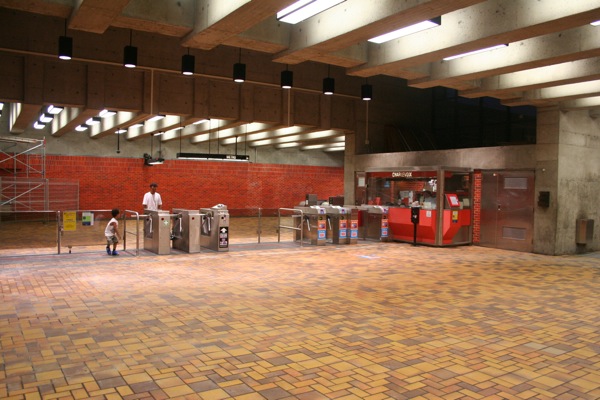 The mezzanine hasn't changed much from the pre-construction days, except for some scaffolding left behind 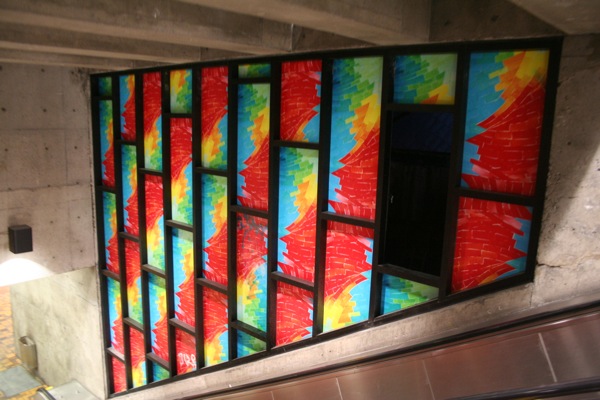 "Stained" glass windows inside - minus a missing pane 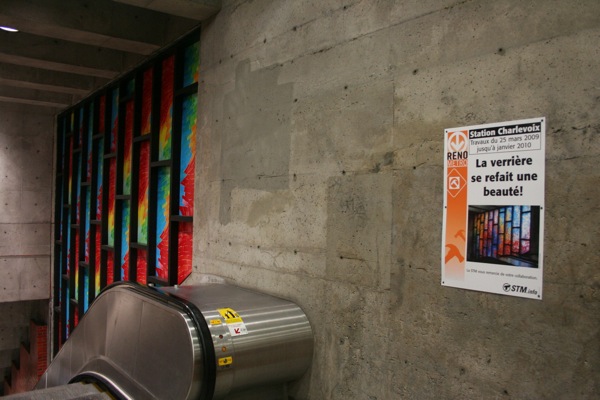 Work on the two coloured glass displays isn't scheduled to be complete until January 2010. 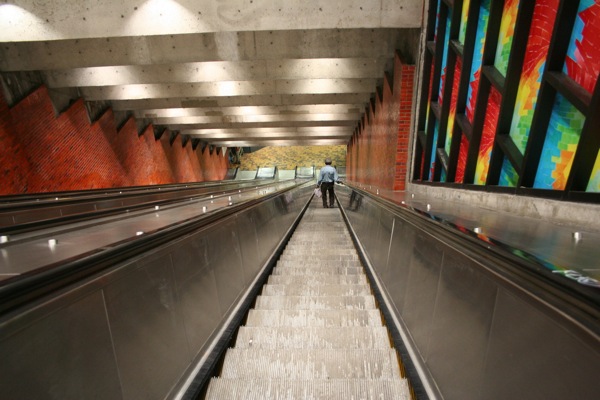 Transit users who ventured into the station for the first time in months would have probably been disappointed that one set of escalators wasn’t working – two of the three were stopped, making people walk down the longest escalator in the metro system. 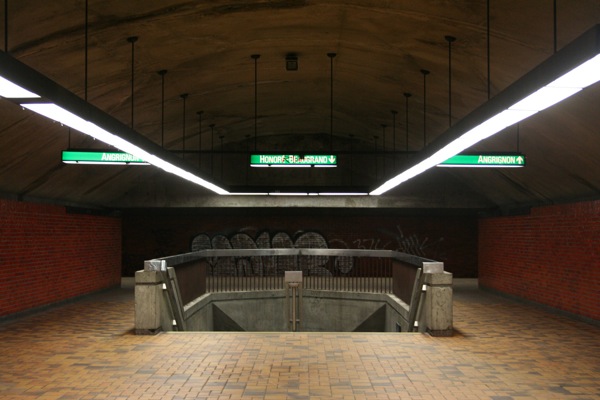 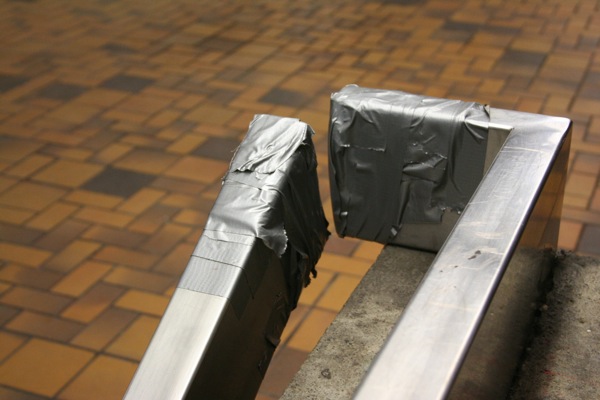 13 thoughts on “The new Charlevoix”