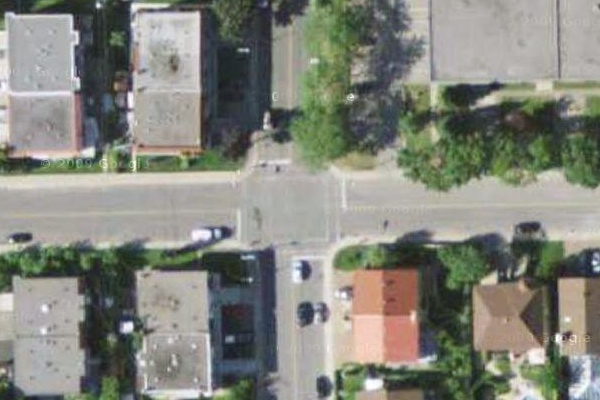 This intersection, whose directions are only slightly off from the cardinal directions, is actually the intersection of four streets of different names.

What are the names of those four streets?

UPDATE: NDGer gets it right below: It’s this intersection in St. Leonard.

The streets are Rue Lionel-Groulx to the west, Rue Valéry to the east, Boulevard Lavoisier to the north and Boulevard Provencher to the south. All four enter the intersection after about a 45-degree turn, and street numbering changes going through the intersection as each axis completes its 90-degree rotation, to reflect the addresses’ new orientation on the grid.

5 thoughts on “Montreal Geography Trivia No. 53”