It was a double-whammy this week for ICI, or at least it would have been if that newspaper still existed.

Late Thursday came word that Nelly Arcan, née Isabelle Fortier, was found dead in her apartment, in what police are apparently treating as a suicide. On Friday evening, it was Pierre Falardeau, the “colourful” political commentator and filmmaker, this time of cancer.

Both were former ICI columnists, and both continued writing under the 24-Heures version. Falardeau stopped during his cancer fight, but Arcan’s final column was published the day after she died (it includes no mention of that, since news came out after the paper went to press).

The ICI columnist page looks more like an obituaries page now. The two main stories on 24 Heures’s homepage right now are obits for Arcan and Falardeau, though the first reads more like a police blotter.

The tributes are still pouring in. 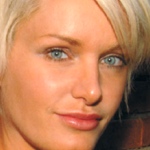 For Arcan, whose death was much more surprising than Falardeau’s, there’s a level of … let’s call it discomfort. The media don’t normally report on suicides, for fear of encouraging them. But you can’t simply ignore the death of an important figure, nor can you fail to mention how they died. So here there’s no choice.

There’s also the problem of unanswered questions. We still don’t know how she decided to take her own life (everyone has that morbid curiosity, whether we like to admit it or not), and more importantly why. The first answer is known by a few, the second probably only by one, who now can no longer speak.

Nicolas Ritoux has an open, personal letter to Arcan, which gives a window into her troubled soul.

Being a public figure who has written extensively, we can also go through the media archives, looking at her interviews and her writing in a different light. P45 magazine unearths an article written by her about suicide back in 2004, though it doesn’t delve into the personal. Cyberpresse similarly collects some of her thoughts on the subject. Bazzo.tv has video of an interview with Arcan last fall, which talks about how she chose her name and her fears in life (one of which was losing her parents – ironic since those parents are now living their worst nightmare).

Cyberpresse has opened up an entire dossier on the subject.

More on Nelly Arcan from: 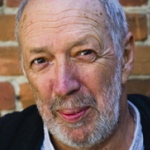 In Falardeau’s case, the death wasn’t so surprising. Falardeau had been fighting cancer. If obituaries hadn’t been written in advance, journalists could at least have suspected they’d soon have to write one.

Expressions of condolences are coming in from all parts, from Guy A. Lepage, Pauline Marois and others. Perhaps because more people knew him, because he made more of an impact on the lives of Quebecers. Or maybe it’s because talking about his death isn’t awkward, even for those who disagreed with everything he said.

More on Pierre Falardeau from:

UPDATE: Now talk of naming a street after him.