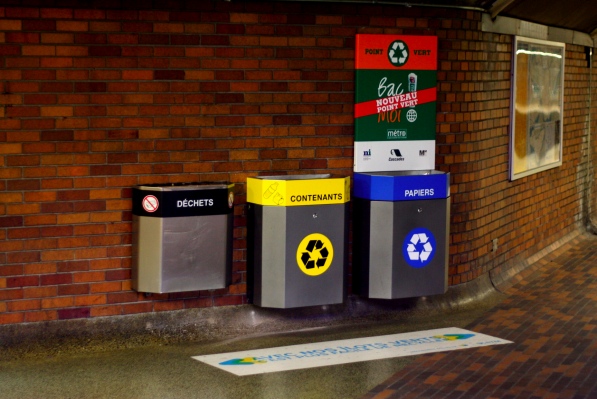 I noticed as I passed by the Mont-Royal metro today that a new bin has been installed next to the paper recycling. A yellow bin marked “contenants” is the STM’s first which accepts plastic and glass bottles, milk/juice cartons and aluminum cans.

Though the main issue in the metro for the past decade has been the free Metro newspaper, it’s always been a bit silly that non-paper recyclable materials couldn’t be collected in the metro system.

Hopefully installation of these bins throughout the network will come fast, and the amount of unrecyclable garbage that goes out will get greatly reduced. 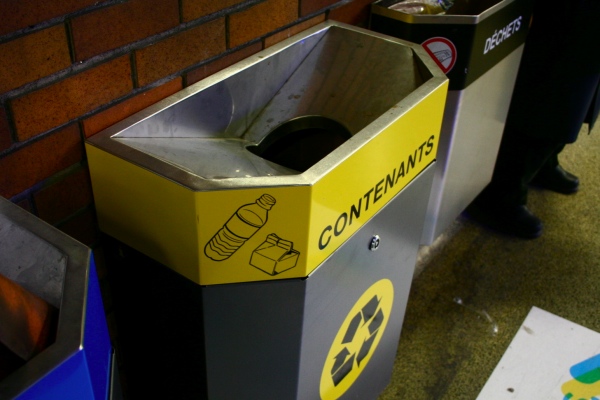 UPDATE (Oct. 27): The STM has begun a three-month pilot project with such bins in “islands” (together with trash and paper recycling bins) at Mont-Royal, Champ de Mars and Snowdon. Once the project is finished in mid-January, the bins will be expanded throughout the network.

4 thoughts on “Recycling bottles in the metro”