In Quebec, every named street has an official designation, comprising of a generic (Rue, Chemin, Boulevard, Avenue, Ruelle, Croissant, etc.) and a specific (de Maisonneuve, Sainte-Catherine, René-Lévesque). On signs in Montreal, the specifics are written in large letters and the generic in smaller letters on top.

Where there is no generic, or street type, the default is “Rue”, or “Street”.

There is an exception to this, a named road that has no small type on its street signs (old and new), but that isn’t a “Rue”.

What is it? And what type of street is it?

UPDATE: Couldn’t fool you folks. A bunch of you got it right, but once again COOL FAT MICHAEL 1999 FROM DIRTY JERZY was first: It’s Le Boulevard. 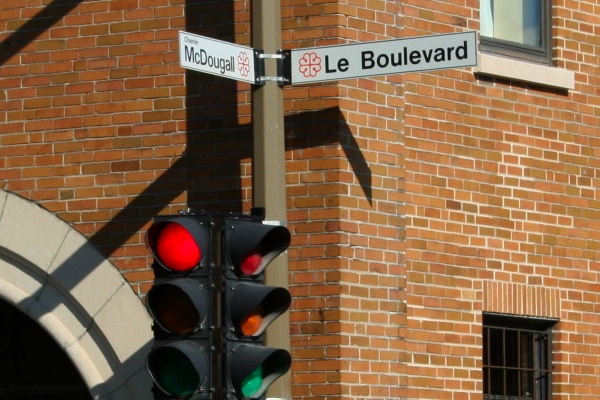 But it’s also The Boulevard, depending on the sign: 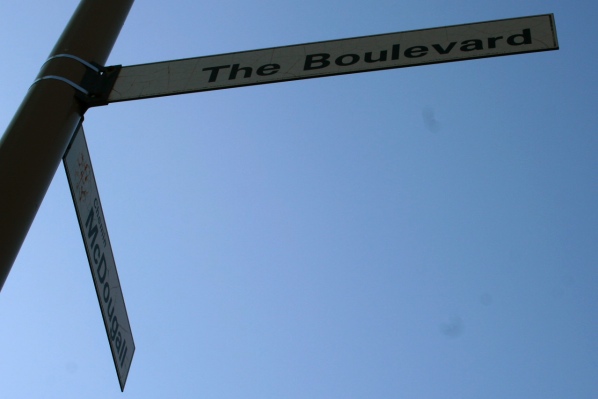 Another sign at the same intersection, only now it's "The Boulevard"

And, in case it was ever in doubt, Le Boulevard is officially classified as a boulevard. Though calling it “Boulevard Le Boulevard” would be incorrect.

Similar exceptions in other towns in Quebec are stranger than that. In St. Jérôme, there’s 1er Boulevard, 2e Boulevard up to 5e Boulevard, but those are classified as streets, as are Grand Boulevard in Ile Perrot, St. Bruno and St. Hubert.

20 thoughts on “Montreal Geography Trivia No. 63”