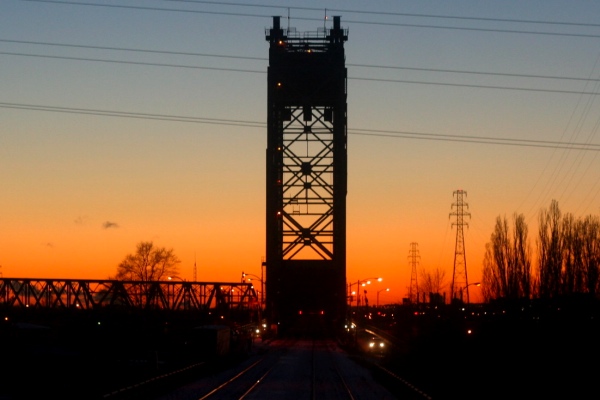 Thursday was the 150th anniversary of the first train crossing the Victoria Bridge. I took the opportunity to travel on it by train during what turned out to be a nice sunset.

The Gazette’s Andy Riga has a package of stories about the bridge, including a proposal to add light rail lines to its hangers (replacing the single lanes on each side being used by cars). I asked local rail expert Marc Dufour about that idea as we crossed the bridge, and he said it was silly, because there are already rail tracks on the bridge being used by commuter trains.