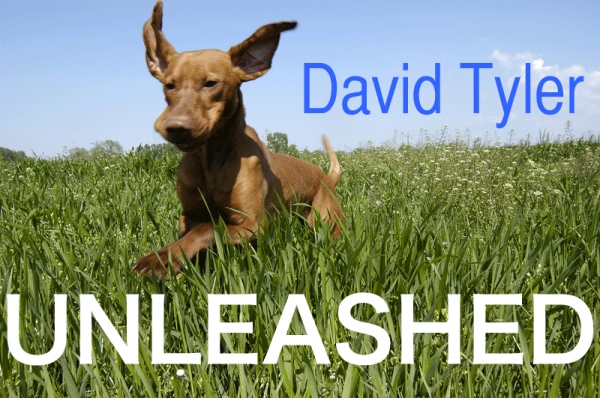 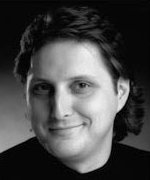 I’ll start this series with an apology: Sorry David Tyler, I had to cut you out of my story. I thought I could fit in a lot more in the 750 words I was assigned, and I just couldn’t fit everyone in. The story was about podcasts as independent business ventures, and David Tyler Unleashed was more of a just-for-fun thing. It isn’t as regular as the other ones, and it’s only guaranteed four episodes so far, while the others have long-term plans for the new year.

Still, I feel bad not only because I spent an hour on the phone with Tyler, but because he has the best story about being fired from radio.

While Tyler was dreaming of home renovation in August 2008, Kennedy and management at Corus’s Q92 were thinking of going in a new direction, doing something different (and other similar euphemisms). They’re be redoing the weekday midday, and David Tyler wasn’t part of their plans.

What was part of their plans was Terry DiMonte, the long-time Montreal morning man who left CHOM for a Corus station in Calgary after a contract dispute. Corus suggested he do a noon-hour music show on Q92 from his Q107 studio in Calgary, right after his morning show there. He accepted, and Corus marketed his return, but the project lasted less than a year.

Despite the fact that DiMonte took over Tyler’s timeslot, Tyler doesn’t see it as a direct link between the two. He says CFQR was redoing the entire day – not just the noon hour – and it was more than just replacing a local host with an out-of-town one.

Tyler talked about his departure from the station on his blog, and I linked to that post, both prompting a few comments, especially from his colleagues. But there wasn’t anywhere near the outcry that came with DiMonte’s departure from CHOM or various radio firings since. Though Tyler said he was #1 among the coveted adult women demographic (probably because of his deep, soothing voice), that apparently wasn’t good enough to prevent him from being axed.

Being dumped from CFQR was a mixed blessing, in a way, for Tyler. It wasn’t like he was out of a career.

“One of the first things I learned about radio is that it’s not secure,” Tyler said. “I learned that from Pete Marier. He was doing freelance work around the city, and I said I got to do that too. By the time I left radio, I had a sideline business. In fact, I was making more money on the sideline business than in radio.”

That sideline business is behind-the-scenes radio stuff on a freelance basis. He does radio imaging, which is audio branding for a radio station – those 10-15-second sound bite station IDs you hear. He has a dozen radio stations as clients, including ones in Trinidad, Martinique, France, Ireland, Bangkok, and a handful in the United States and Canada.

“I was pissed because I was doing (radio) for more than 20 years, and I wouldn’t be doing it anymore,” Tyler said. “Once it was up to that I got down to business, literally.”

He also does television promos, narration, v0ice acting and other voice stuff out of his home studio. “You know, it pays the bills, but it’s not as exciting as the radio show,” he said.

So this guy, who spent two decades in local radio (more if you include his time at John Abbott College and Concordia University radio stations) decided he needed an outlet for self-expression, whether it was on the air or not.

“At the core, I believe that I’m an entertainer,” he said. “I’ve been an entertainer since I was a small kid. Like a magician. I like to get on the stage and perform for people.”

On Oct. 29, Tyler uploaded the first edition of David Tyler Unleashed, a podcast of interviews and funny stories and jokes.

“It’s a chance for me to do some of the bits I always wanted to do on the radio but just wasn’t allowed to,” he said in his premiere episode. These include risqué, “suggestive jokes,” though not necessarily dirty jokes. “It’s 14-and-over jokes,” he said. He also wants to promote local music and talk to local musicians, and give the podcast “a Montreal flavour.”

He put Episode 2 up in November, but he’s been behind on getting other episodes up. He said he’s planning to do at least four episodes, and then will re-evaluate how successful the show has been when he decides if he wants to continue it.

While raw listeners is a good way to evaluate popularity, “success would be … reaction is what I’m looking for, listener reaction,” Tyler said. “For me, the experiment isn’t ‘can I make money out of it?’ It’s ‘can I do it and have fun and not take too much money out of my money-maker, which is the voice business?’ We’ll see.”

The podcast isn’t in MP3 format. It’s actually MP4, which is an “enhanced” format that allows each episode to contain audio, pictures and links. He exploits this for the benefit of people using iTunes or iPods to listen to his podcast, showing them pictures of interview subjects, websites, album covers and other things he’s talking about, timed to appear when he’s talking about them.

“It’s pure fun,” he said. He’s not planning to make money off it. It’s just something he wants to do. He likens it to what he did in college. “The podcast is the same thing. We’re not trying to impress anybody. Just having fun.”

David Tyler shows off what it’s like in the Q92 studio, shortly before he was let go in August 2008.

Back on the radio

It was around Yom Kippur – the day of atonement, Tyler notes – that he got a call from CFQR, the station that fired him, asking him if he wanted to come back as a fill-in host.

Though Tyler would have loved nothing better than to return to Montreal radio, he hesitated. His “side business” was now his main business, and it was paying the salary he’s using to support his family.

“I got kids, so I’m not going to work Saturday and Sunday,” he told them. “They said we want to have you back on the air as a fill-in guy or a guest host. The only hesitation was how it would affect my main income stream. There’s no better way of putting it than they weren’t paying me enough.”

So with conditions, he accepted. He’d fill in occasionally on weekdays on what is now called “the Q”, provided it didn’t take him away from his family or his other business.

“Radio as an industry has lost the balance”

Asked about the future of the radio industry, Tyler wasn’t shy about expressing his views.

“I believe that radio is show and business, it’s showbusiness. It’s a balancing act,” he said. “Right now, I think that business has become too important, and the show in showbusiness is lacking. They’re so focused on business, they’re losing the show. Radio as an industry has lost the balance.”

Not to say he’s ungrateful about all he’s learned from the industry.

And technology. Tyler predicts that iPods and wireless devices will take over from FM and AM within the next decade.

“I’m giving terrestrial radio stations 10 years to bring down all of their towers,” he explains, clarifying that he’s talking about the technology and not the industry. “Terrestrial radio will be dead in 10 years. In 10 years from now, there won’t be broadcasting over the air.”

For those looking to get into radio – even in this era of cutbacks in traditional media – Tyler says the most important thing is dedication to the craft.

“Ask them why they want to get on the radio. I met lots of people who went into radio because they wanted a lot of free stuff. Movie passes, concert tickets.” Those people, he says, aren’t fit for radio.

And even if you do get in, you should have a backup plan. As Tyler learned, even if you’ve been in radio for 20 years, it doesn’t mean you’re not going to get kicked to the curb tomorrow.

“My son wants to be an NHL hockey player,” he explained by example. “Good, but you have to do something else too. If he doesn’t have a backup plan, McDonald’s is hiring.”

The good: A program with a Montreal flavour is most welcome, especially when the big media crunch means less and less of local broadcasting. Tyler has a smooth radio voice, and the jokes he recounts are actually funny.

The bad: Maybe I’m just not partial to radio interviews, but I find myself skipping past them in this podcast. My portable media player also doesn’t like MP4 files, so I can’t listen to it on the go.

The ugly: A podcast that’s this short and this infrequent by a lesser-known local radio personality simply isn’t going to attract enough audience to make it worthwhile unless it’s got killer content, and this podcast doesn’t have that yet.

Also in this series: