After launching in a few major cities in October, and then expanding to more second-tier cities in December, Google Street View has expanded to just about every populated area of the country. 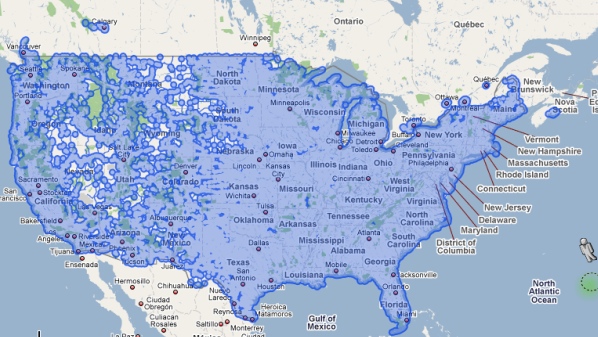 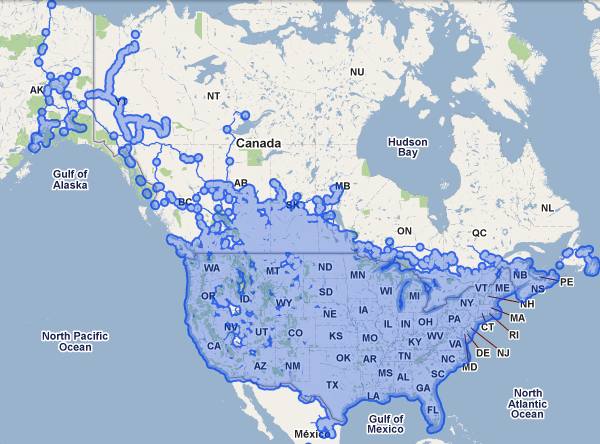 After: North America on Street View

Of note is that now the entire Trans Canada Highway, from St. John’s to Victoria (or Sydney to Vancouver, if you prefer) is on Street View. If someone wants to waste a lot of time, they can construct a video simulating a drive from one end of the country to the other.

It’s not everywhere, though. There’s nothing from the Gaspé peninsula, nor anything northeast of Tadoussac. 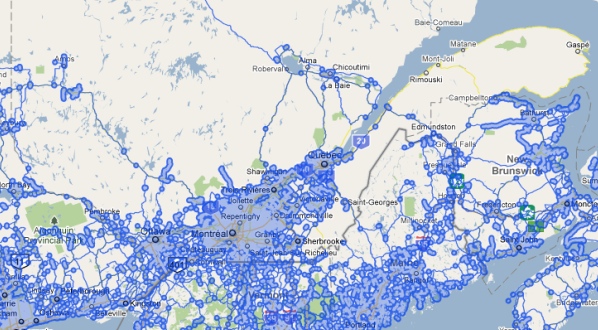 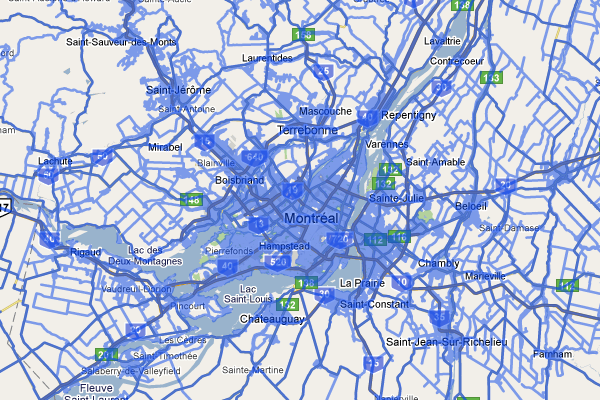 Montreal and its suburbs

But in and around Montreal, almost every road now has Street View, including some that for some reason were previously left off (like an area around Roxboro).