Community weeklies have a reputation for preferring fluff over substance. But after this weekend’s St. Patrick’s parade, in which a young man died, a rare intersection of fluff and news gave them a great opportunity to discuss a serious issue. 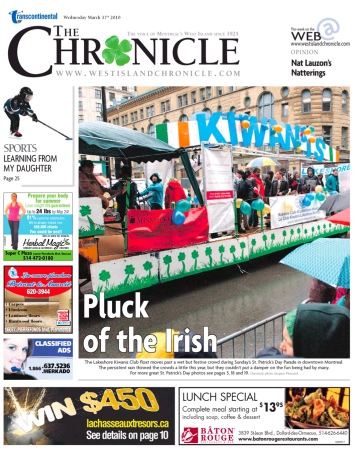 This week’s West Island Chronicle has a big cover photo from the downtown parade, whose caption includes this rather insensitive part: “The persistent rain thinned the crowds a little this year, but they couldn’t put a damper on the fun being had by many.”

Inside, more photos, but no mention of there being a fatality. 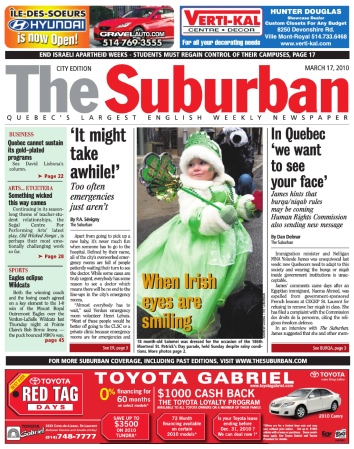 Similarly, The Suburban has a parade photo on its front page, a story about the parade on Page 2, and a photo gallery. But the death was buried on (depending on your edition) Page 13 or 22.