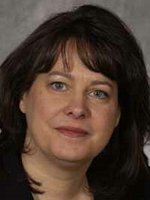 Did you hear the shocking news today?

No, not Halak getting traded to St. Louis. We expected something like that.

What I didn’t expect was for Elizabeth Thompson, who  worked for The Gazette for 23 years – including eight as its Ottawa bureau chief – and then took a buyout in January 2009 (because the paper was closing its Ottawa bureau) in order to jump to Sun Media as one of its parliamentary reporters, to suddenly announce on Thursday that she has been dismissed from that job, a victim of an apparent housecleaning by new management there that has also booted Peter Zimonjic and Christina Spencer.

The move was enough to garner the attention of La Presse (and this blogger), particularly since Sun Media just announced it was launching a new all-news television network, which one would think requires hiring journalists instead of firing them.

As Vincent Brousseau-Pouliot noted in his article, this comes mere weeks after Sun Media was gushing over Thompson’s nomination for a Canadian Association of Journalists award, for her discovery that the government auctioned off high-priced silverware and china for insanely low prices, only to later discover that some of the objects didn’t even belong to them, forcing the government to buy some items back for up to 25 times the price they sold them for.

“Elizabeth is one of the most inquisitive people you will ever meet,” said National News Editor Mike Therien. “It surprises nobody who knows her that she is being hailed for news scoops. We are very proud of her sleuthing.”

Not proud enough, I guess, to keep employing her.

(Needless to say, this is one of the reasons a unionized job is better than a non-unionized one – you can’t be fired for literally no good reason.)

Thompson says she plans to stay in Ottawa and remain part of the press gallery there. But she’s running out of mainstream news organizations to work for, and there isn’t much independent media covering the federal government with the kind of cash to pay a professional journalist.

Thompson’s blog posts for Sun Media (and, for that matter, The Gazette) are still online … for now. And her Twitter account is still active (moreso with everyone retweeting about this news).

*CORRECTION: For some stupid reason this post originally had Thompson working in the Ottawa bureau for 23 years. I blame invisible gremlin editors for messing with my copy.

4 thoughts on “We’re very proud of you. You’re fired.”