A few changes to some bus routes as the new schedules take effect Monday morning: 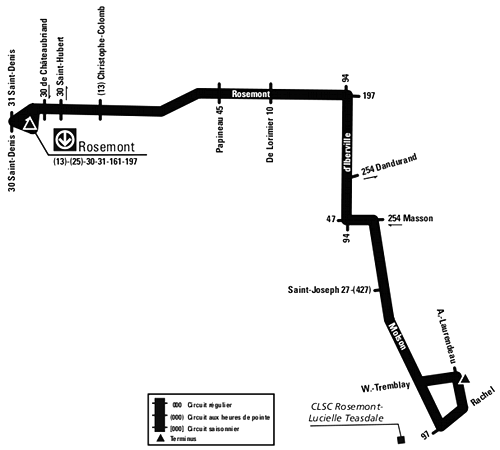 25 Angus: The most radical change happening Monday is the 25 bus, which is being redirected to the Rosemont metro station instead of doubling the 24 to the Sherbrooke metro station. It now takes Molson, Masson, Iberville and Rosemont. Though still a rush-hour-only bus, the number of departures is nearly doubled, going from five to nine in each direction during each rush hour.

46 Casgrain: The westbound part of this tiny route is being modified. Instead of taking Laurier westbound from Rivard to Casgrain, it takes Saint-Joseph west to Saint-Laurent, and then doubles back to Casgrain along Laurier.

89 Gouin/Perras: This line is discontinued, merged into the nearly identical 48 Perras. About every second departure of the 48 becomes 48X, taking a minor detour via Langelier and Ozias-Leduc