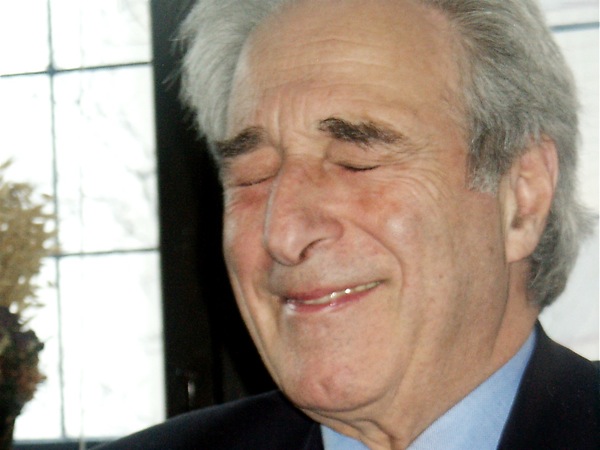 It’s official: Concordia University’s executive committee has recommended that Frederick Lowy, who served as rector/president from 1995 to 2005, be reinstalled as interim president. Barring some unprecedented and unexpected revolt, the Board of Governors will approve that recommendation and Lowy will run the university again during the months it takes for a committee to seek out a president to take a full five-year term.

I was a student from 2000 to 2005, and I wrote about student and university politics for The Link, so I know Lowy pretty well and have interviewed him a few times during some of the most heated moments of Concordia’s recent history.

Other leaders have been in office during Concordia’s darker moments. John W. O’Brien came to office in the immediate aftermath of the Sir George Williams computer riots of 1969, and stayed on through Concordia’s creation until 1984. Patrick Kenniff took over and acted as rector during the Fabrikant shootings, until political infighting got him fired.

Nobody killed anyone (that I know of) during Lowy’s tenure, but that didn’t mean it was easy for him. During three successive years he got hit with a major scandal involving students. In the fall of 2000, it was a $200,000 embezzlement scandal involving a member of the Concordia Student Union’s executive. In the fall of 2001, it was a radical student union executive whose highly radical student agenda was a victim of unfortunate timing, coming out in the days surrounding Sept. 11. This was followed by a revolt from mainly engineering and commerce students who forced the CSU president to resign, only to see the subsequent by-election (which the “right wing” candidate won) annulled as a result of an apparent bribery scandal. Then in the fall of 2002, a protest against a speech by Benjamin Netanyahu got out of hand and made headlines around the world.

During these turbulent years, Lowy was caught between a radical student union and increasingly angry donors and alumni.

Lowy (whether individually or with his executive committee or vice-rectors) made some tough decisions during those times. The university temporarily cut off funding for the student union as the legitimacy of its leadership came into question. It expelled (or “excluded”) two of the more radical student activists, which was controversial at the time because it bypassed the university’s own student disciplinary process (the university argued that the two were not technically students at the time, which sparked a surreal debate over the fact that Concordia did not technically have a clear definition of what “student” meant). And it famously banned all activity on campus related to the Israeli-Palestinian conflict in the immediate aftermath of that Netanyahu riot – a move that was an obvious violation of a fundamental right to free speech, but accomplished its goal of cooling down both sides.

Through it all, Lowy was soft-spoken, kind of halfway between a kind, wise grandfather and a man without a clue. Perhaps it was his background in psychiatry, but Lowy was a pressure release valve at a time when it was most needed.

That’s not to say he was perfect. The things that made him a good peacemaker also made him incapable of standing up to his board or of making any serious changes in the way the university was structured.

Whether he was a good leader or not is up for debate, though he certainly seems more so in hindsight than he did at the time.

What’s not up for debate is the simple fact that Lowy is the only leader in the past 20 years to leave office amicably, at the end of his mandate. For a university desperate for a temporary, quick-fix return to stability, they could have done far worse than look to Lowy.

Working on the Gazette’s online desk today, I took the liberty of pulling some articles from the archives about Lowy. It’s funny looking back to see that Lowy’s challenge in 1995 was to improve morale and improve the mood and add more civility to internal politics. When he left, he got good marks, suggesting he succeeded.