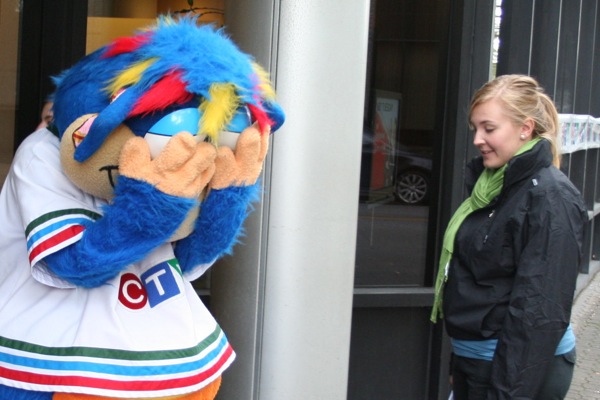 CTV's Jellybean, confronted by a close friend, finally admits in front of the cameras that he has a problem

Jellybean, the lovable mascot of CTV Montreal (named after Johnny Jellybean, a former star of CFCF-12), came out publicly on Thursday and admitted his long-standing substance-abuse problem, agreeing to enter a rehabilitation facility to help him wean himself off of his dangerous addiction.

It started about three years ago, Jellybean confesses in a special report that will be aired next week during the CTV local news. After a breakup with a long-term partner, and as other aspects of his life began to unravel, he tumbled into depression. “It was a dark period of my life,” Jellybean said. “I was looking for anything to help me escape it.”

At first, Jellybean used it occasionally, as a pick-me-up after a really bad day. “But occasionally became once a day, then a couple of times a day. I even started doing it at work,” he said.

As a mascot, Jellybean is in high demand at public events. Those ramped up with CTV’s Save Local TV campaign and the station’s 50th anniversary. Unfortunately, so did Jellybean’s substance abuse.

He thought he could hide it, but “it was obvious to everyone but him,” said news director Jed Kahane. “I pretended not to notice at first, since it wasn’t affecting his job. But I was naive, I think, to assume that it wouldn’t eventually.”

Before long, the station had to start covering for him. Events were rescheduled at the last minute for mysterious reasons. “We made up all kinds of excuses,” said anchor Todd van der Heyden. “Deaths in the family, illnesses, breaking news, you name it.”

At one point, the station even had a fake Jellybean hired, just a guy in an oversized Jellybean suit, to attend events.

Though they admitted they were tired of compensating for Jellybean’s problems, staff at the station say their primary motivation in staging an intervention was to get Jellybean some help.

“I was really worried that if he continued down this path he would be dead in six months,” said reporter/anchor Paul Karwatsky.

The turning point came a week ago, when police raided Jellybean’s dealer. 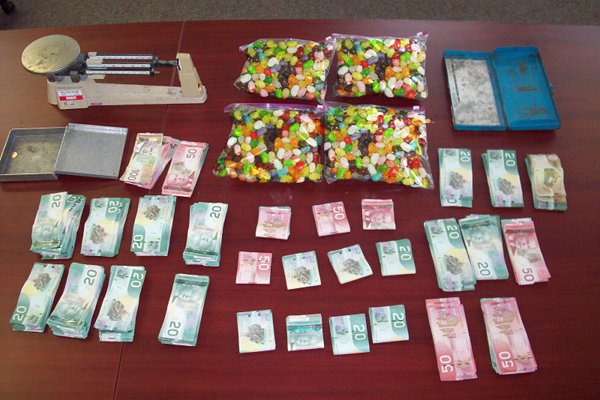 “They came this close to arresting him,” said sports anchor and long-time friend Randy Tieman. “I think it finally woke him up that this had to stop.”

A flurry of meetings later, police agreed not to press charges if Jellybean entered a substance abuse program. But at first he refused, saying he didn’t have a problem.

“I was just in complete denial,” Jellybean said. “I don’t know …”

Tieman, Kahane and others staged an intervention, confronting Jellybean about his problem and begging him to take the offer from police. With cameras rolling, he finally broke down.

With the blessing of Jellybean and his family, the story is being chronicled for a special report that will air next week. “I want to tell my story,” Jellybean said. “If I can help someone else with this problem, I’ll feel better about myself.”

Jellybean has been at an undisclosed rehab facility for three days, and says it’s working. “But they told me this would take a long time. I won’t be done in a weekend.”

CTV’s special report and interview with Jellybean will air next Thursday at noon and 6 p.m.