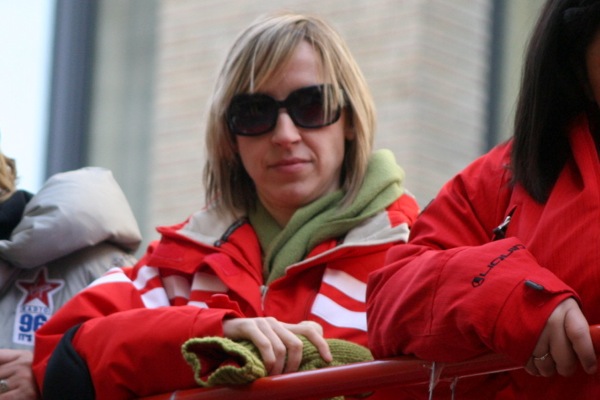 Nat Lauzon is too cool for weekdays

It won’t get the same attention as Terry DiMonte, but another veteran Montreal radio personality is on the move. Nat Lauzon, who has been at CJFM since 1999 (though it seems like forever) is moving to CFQR to take over a weekend gig there.

She’ll be doing the noon to 5 p.m. shift starting in October. She remains at Virgin Radio until then, where she does the weekday late morning show that is No. 1 in its timeslot with a 38% commercial market share, far ahead of its competitors.

So why leave a No. 1 weekday show at the No. 1 station to do a weekend shift?

Lauzon says she’s heading in “a new direction” and wants to focus on her other two passions – her freelance voice-over work and her Montreal Dog Blog (she’s got a thing for the puppies).

As for why this new schedule requires switching stations, well, she won’t comment. So let’s speculate irresponsibly. I’m thinking she just can’t bear to be at a station that doesn’t have Cat Spencer.

Lauzon has written a blog post about her departure, in which she states that “my departure is all on good terms”.

13 thoughts on “Nat Lauzon jumps to the Q”