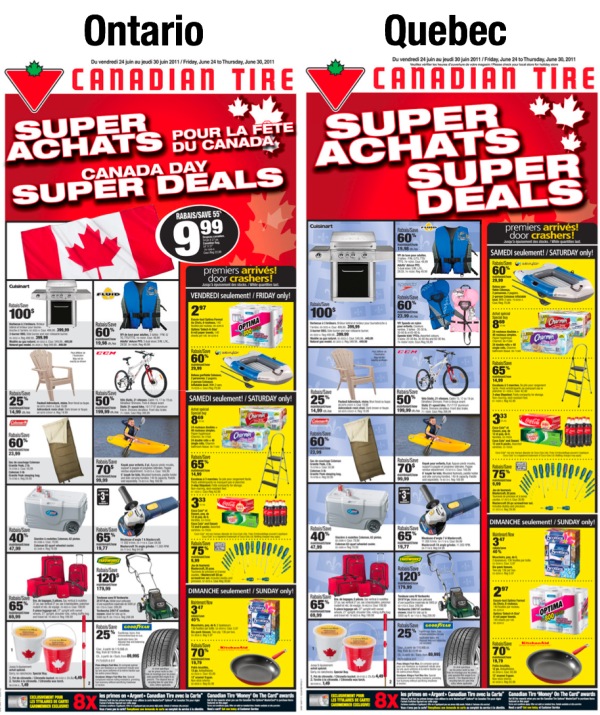 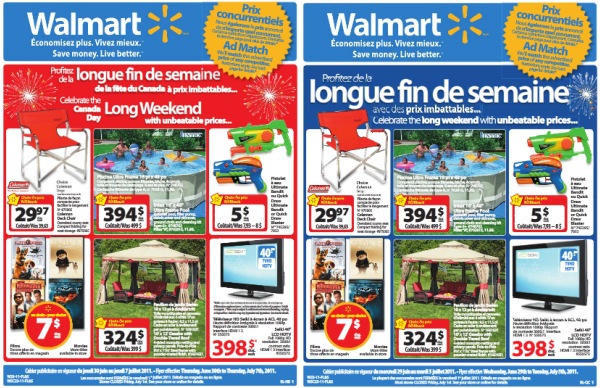 The difference in the Walmart flyer is pretty striking. I’ve chosen a New Brunswick flyer to show a bilingual one. Note that the NB one squeezes in a reference to Canada Day in both languages, while the Quebec one isn’t even red. 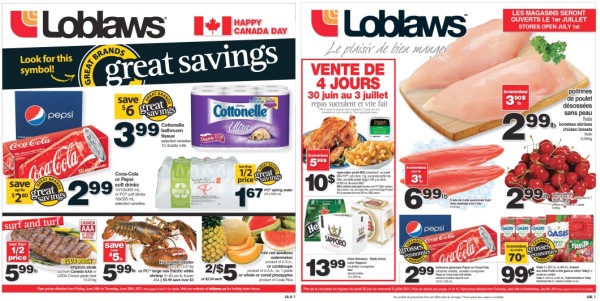 At Loblaws, the reference to Canada Day is smaller in Ontario. But the Quebec one talks about a “four-day sale” covering Canada Day, and mentions how stores will be open July 1, all without using the word “Canada”. 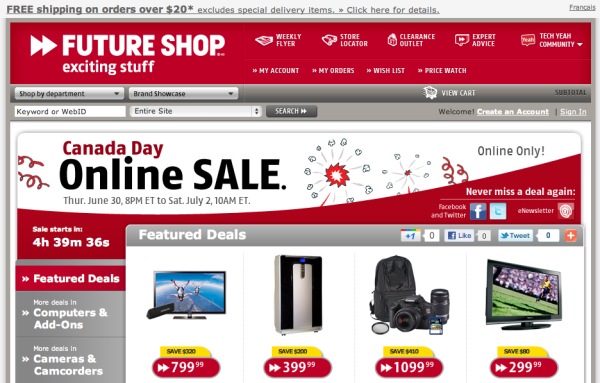 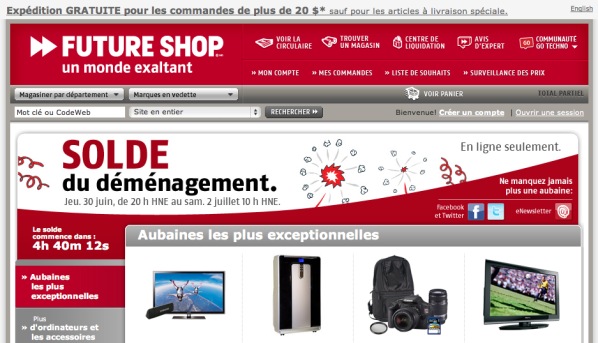 ... but a "Solde du déménagement" in French

Future Shop takes a slightly different route, focusing on the fact that July 1 is Moving Day in Quebec and people who move tend to buy new things. Though francophone Canadians outside Quebec might be a bit confused, since they get the same page, as far as I can tell.

48 thoughts on “Canadian Tire not so Canadian in Quebec”