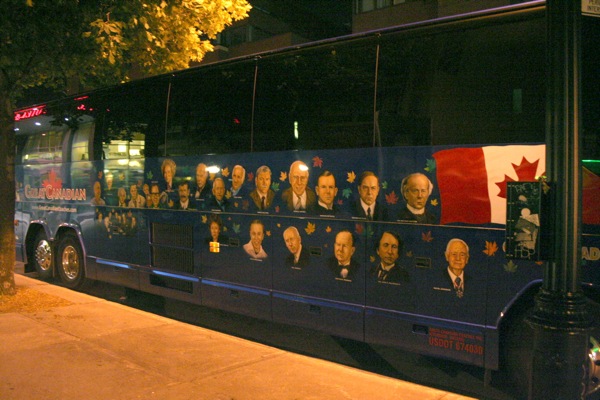 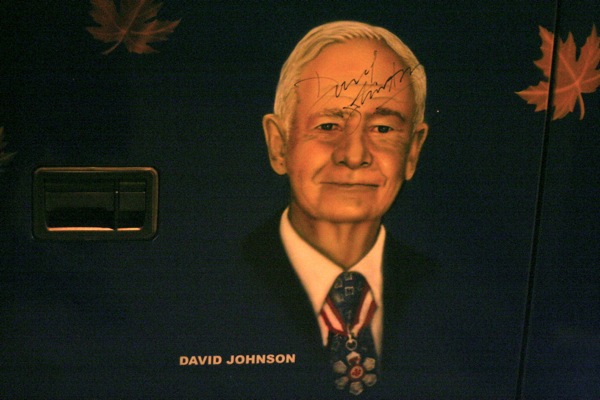 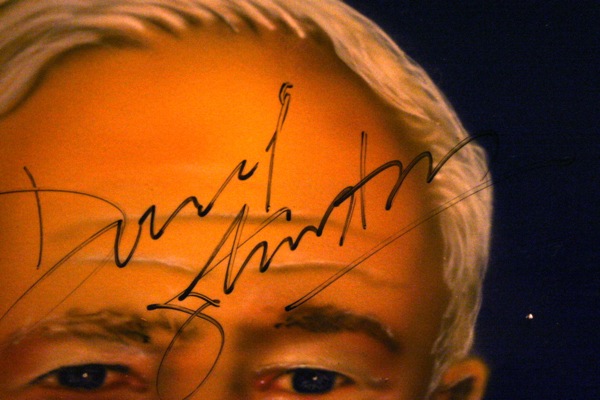 I tried to wrap my head around the logic. Did the governor-general sign his name and not notice that his name was misspelled right there? Was the name added after the signature? Was Johnston just too polite to point out the error?

Rather than jump to conclusions, I asked the bus company and Rideau Hall’s press office about the mistake.

Rideau Hall’s Marie-Eve Létourneau responded to my email (in which I tried to be as protocol-friendly as possible, referring to him as the Right Honourable David Johnston, stopping just short of calling him “His Excellency“). She said Johnston did indeed sign the bus when both were in Waterloo, Ont. She said he did notice the misspelling of his name but “made no mention of the misspelling” to Great Canadian Coaches. She said they would address the matter with the company.

The story from Great Canadian Coaches differs slightly. Managing Director Lorna Hundt said the company was aware of the misspelling, and “we are waiting until we have the coach home long enough to have it corrected.

“We were very embarrassed about it, especially when we met him and had him sign his image on the coach,” she continued. “He was wonderful about it and showed his keen sense of humour, saying that he always spelled his name incorrectly when he stole sheep from the neighbour’s farm.”

It’s a cute little anecdote, even if it contradicts what Rideau Hall told me.

Hundt said the company felt bad about the error. “We take a great deal of pride in the images on our coaches, and this mistake was regrettable,” Hundt wrote in an email.

Great Canadian Coaches has many buses, each with a different mural honouring different people (with themes such as stage and screen, women, musicians and athletes). Though it was particularly embarrassing because it happened on the only image on this particular bus that has been autographed, it’s not the end of the world.

Except Johnston’s name isn’t the only one they misspelled. 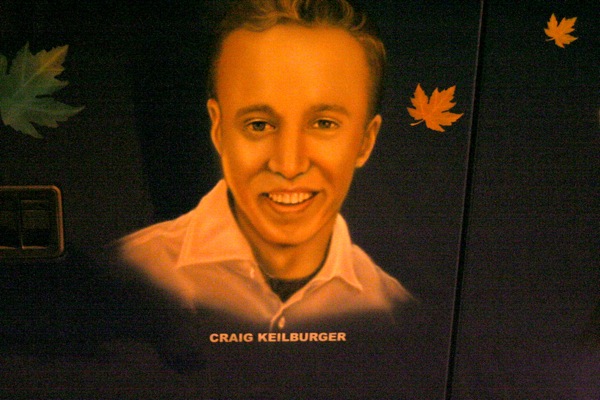 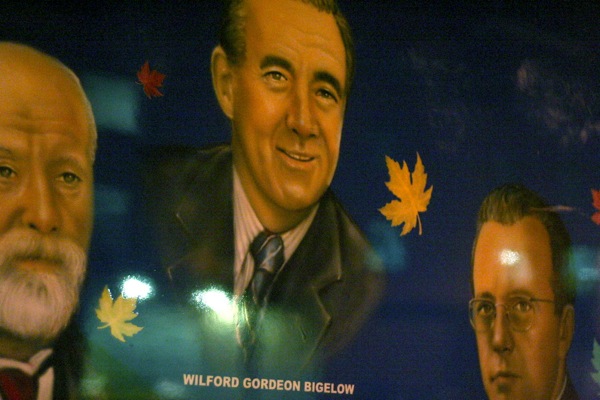 When I got home, I went on the company’s website to learn about them. I saw pictures of their other buses, and noticed that some of them also had misspellings. 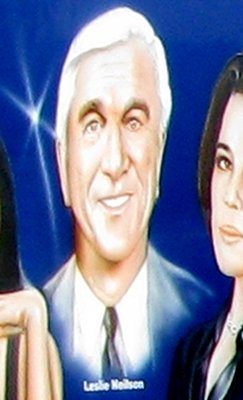 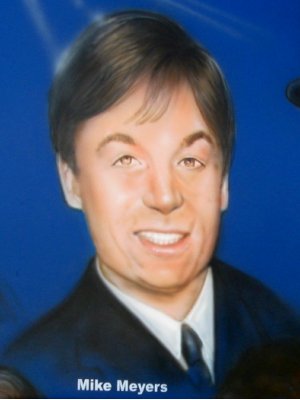 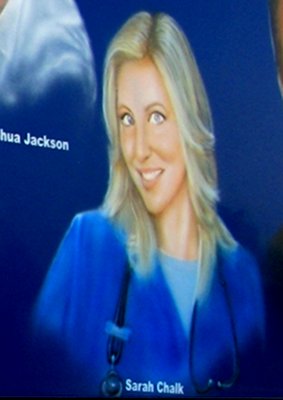 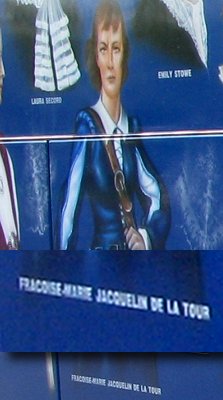 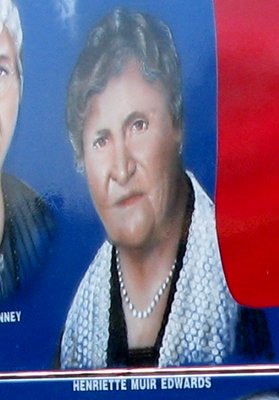 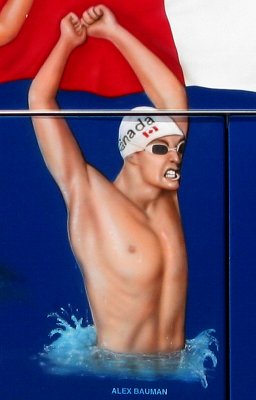 When I asked Hundt about additional misspellings, she said “Let me know what you found, and we’ll take care of it.”

Well, here’s what I found. From the names I saw on that bus in Montreal, and the ones I found on photos online, about 100 total, I found nine errors.

I’ll leave it to the reader to decide whether a 9% error rate is acceptable for names of supposedly famous Canadians that a company puts on the side of a bus.