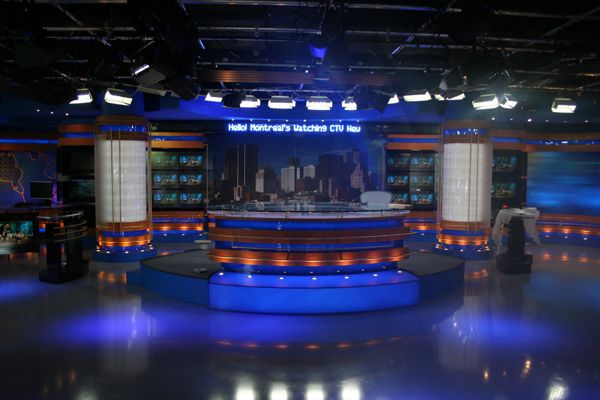 The new anchor desk in Studio 12

After a year of planning and months of construction, CFCF’s newscasts officially moved into their new Studio 12 home today. The noon newscast was the first to inaugurate the studio. CTV Montreal has been doing its newscasts from a temporary set in their newsroom since early July.

The new studio was designed from scratch, is larger (or at least it feels that way) and has plenty of new features. The most striking change besides the design is the fact that it has windows. This studio was designed as a storefront, allowing cameras to see out and potential viewers to see in. (Management there isn’t sure how this will work out – they don’t expect any Today Show-style sign carrying, but you never know.)

The studio is also “HD-ready”, which means cabling is HD-compatible and great attention has been made to detail that wouldn’t have mattered in standard-definition days. But the word is that getting high-definition cameras and editing equipment is still a year or two away.

I got a chance last week to tour the new studio as final preparations were being made to launch it, under the condition that I wait until now to show you photos. 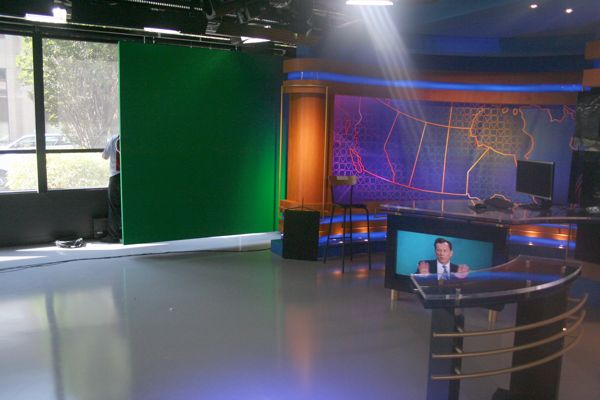 The weather desk gets a significant upgrade. For one thing, there’s an actual desk there, allowing the weather presenter to work while on the set instead of having to go back to the newsroom.

The green screen used for actually presenting the weather hangs on a rail, which allows it to be moved out of the way should the newscast decide to show the weather by just pointing a camera out the window.

One thing that might be disorienting for long-time CTV viewers is that, because the weather desk is to the left of the anchor desk (from the camera’s perspective), the positions of the weather and sports anchors during the newscasts will swap. You’re going to see Lori Graham on the left of the anchor desk foursome instead of the right. (News Director Jed Kahane says he’s ready for the onslaught of calls complaining about this.) 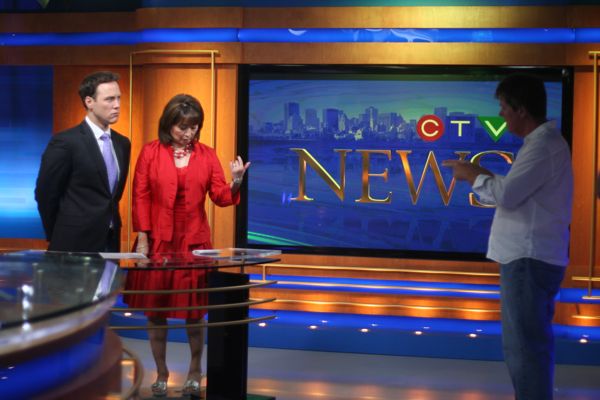 A giant screen will be used for reporter and anchor stand-ups - here, Todd van der Heyden and Mutsumi Takahashi get instructions from Operations Manager and Chief Director Dave Maynard, who is in charge of the studio project.

On the other side of the anchor desk is a small stand-up desk next to a giant plasma screen. This can be used for on-set reporter debriefs, as well as show openings with the anchors standing up and video running on the screen next to them. 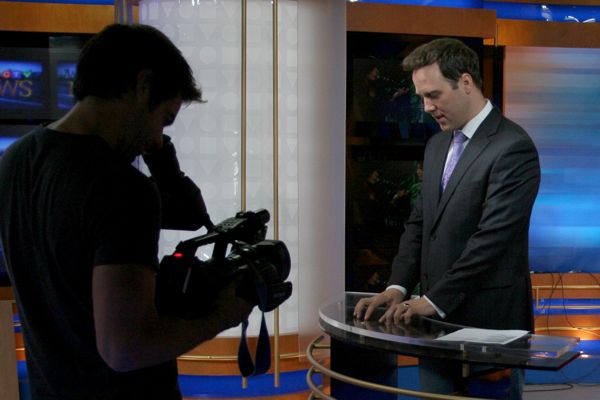 Todd van der Heyden thinks the desk looks like a console from Star Trek: The Next Generation. The guy on the left is making the making-of video. 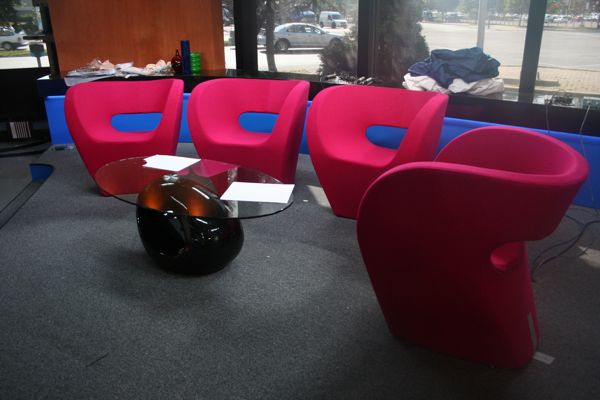 Beside the weather desk is the new “cozy corner” used for informal interviews (mainly during the noon newscast). The concept is similar to before, only now instead of a kind of lame shelves-and-a-wall background, there’s a window with traffic outside.

One difficulty, though: This window faces the corner of Papineau Ave. and René-Lévesque Blvd. On the other side of this intersection is a giant Radio-Canada billboard, and behind it, the Maison Radio-Canada. But camera angles will probably be able to avoid showing those things on the air.

Another desk, which wasn’t setup when I was there, will be used for more formal face-to-face conversations. 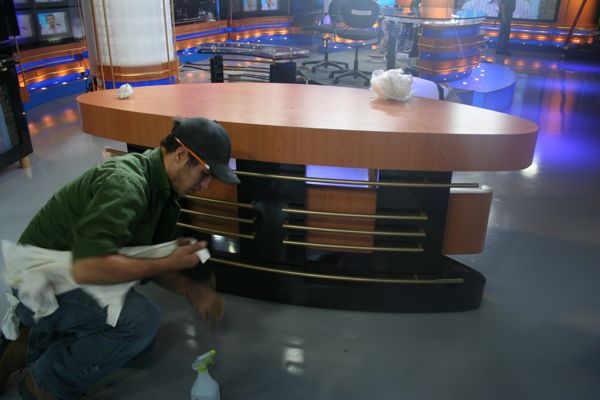 This desk will eventually be used for cooking segments

And this desk, which arrived just as I was touring the studio, will eventually be used for segments about cooking and nutrition (mostly pre-taped, for the noon newscast). It’s on wheels so it can be moved into and out of position.

This studio cost more than $1 million to produce, and it’s most definitely a lot more style than substance. But it looks pretty cool.

Oh, and  as for their old studio, which is just a short walk away in the building, well, it looks like this now: 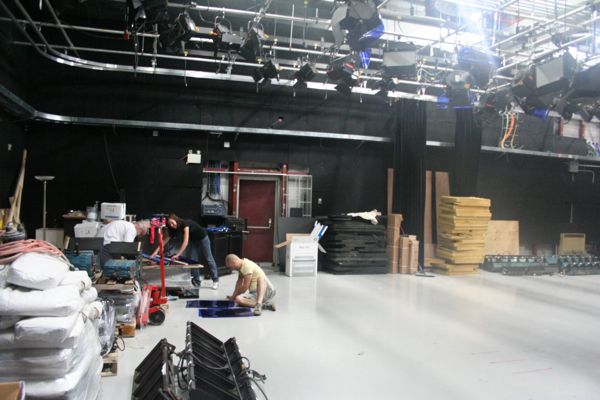 CFCF's former studio is being turned into an RDS studio

From this angle, we’d be looking at the sports and anchor desks, with the old cozy corner and weather to the right. Clearly, that’s long gone.

I’m working on a larger story about this new studio that will come out in a couple of months. In the meantime, feel free to share your thoughts about the new digs below.