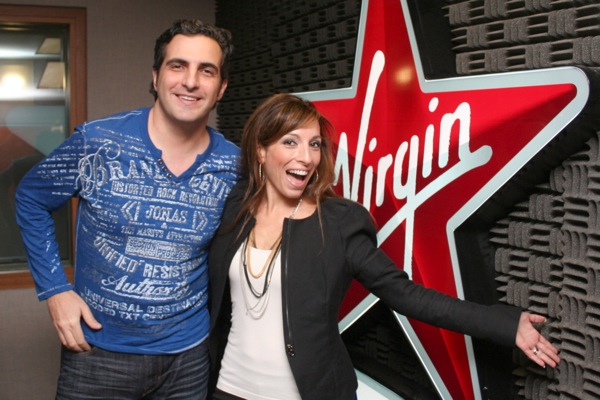 After just under a week of anticipation, Virgin Radio (CJFM 95.9FM) announced Thursday morning at 7:10am that Natasha Gargiulo is going to be the new morning co-host in the new year, taking the place of the departing Lisa Player. Starting Jan. 3, she will co-host Freeway and Natasha in the Morning with “Freeway” Frank Depalo.

You can listen to audio of the announcement and a chat with Gargiulo here (MP3).

Virgin Brand Director Mark Bergman graciously allowed me to break the news a few hours early so it could be in Thursday morning’s Gazette. It was, surprisingly enough, the first time I had been inside the Virgin studio with its giant branding star (and a giant CHOM logo in the hallway visible through a window), and I got a chance to talk to Gargiulo, Depalo, Player and Bergman about this big change.

First, an introduction to the new girl. She’s definitely not new to the station. She started at what was then Mix 96 way back in 2000, and was so desperate to get into the industry she worked for free.

“I gave up a really good job in university to do telemarketing at night and work for free (in the Mix promotions department). My parents thought I was crazy,” Gargiulo told me during our chat in a conference room in Astral’s Fort St. offices.

She continued working at CJFM until she was hired at Global Quebec in 2003. (“I always wanted to be on television,” she says.) From there she worked as a weather presenter and an entertainment reporter for Global’s local newscast. She also got other gigs, including working for Entertainment Tonight Canada, hosting Ciao Montreal on ethnic station CJNT (back when it and Global were both owned by Canwest), and a few other television gigs.

About a year and a half ago she came back to CJFM as a contributor to the afternoon drive show with “Cousin” Vinny Barrucco. Since then her role has expanded to de facto co-host of that show. She also filled in on the morning show this summer while Lisa was on vacation. Those two facts had led some people to correctly speculate that she’d be a strong candidate for the job.

As for the afternoon show, Bergman says Barrucco will continue it solo for the time being. There are no immediate plans to give him another co-host.

In addition to all her other activities, Gargiulo is also a mother. You can see a video done for ET Canada of her and Leticia, now 15 months, at a photo shoot earlier this year. 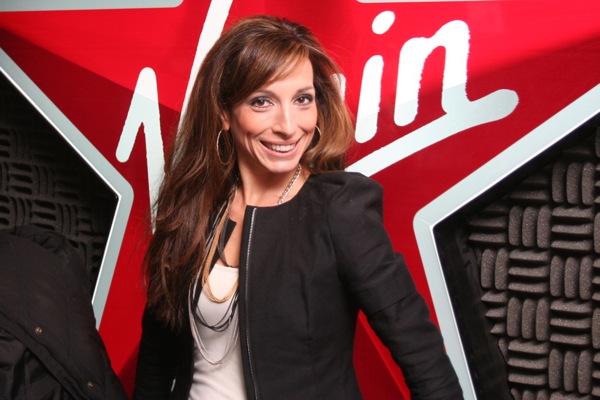 Here’s the part where I question this young lady’s sanity. In addition to a radio gig that requires being at work at 5am five days a week, and the hectic, inflexible schedule that comes with being a mother, Gargiulo says she will continue working for ET Canada.

“I figured I can’t put all my eggs in one basket,” Gargiulo said of having so many things going on at once. “If Ryan Seacrest can do it, why can’t I?”

Not that she’s some sort of superhero. She credits her “very supportive husband” for allowing her the flexibility to jet off on weekends to do entertainment reporting.

Besides, she says: “My motto is never say no, because you never know how long this ride is going to last.”

That’s certainly true. Though some radio personalities in Montreal seem to last forever, most don’t last a decade. Case in point is CJFM itself. It’s turned over most of its daytime staff in the past year (losing Cat Spencer, Heather Backman and Nat Lauzon) and just about everyone since the station became Virgin Radio in 2009.

Not that Gargiulo’s stint should be considered temporary. Bergman, at least, is happy with her appointment.

“I think Natasha is a young Montreal working mom who lives everything that the Virgin Radio brand represents: fun, entertainment, she’s into social media, pop culture. I think she’s a great reflection of the typical virgin radio listener.”

If that sounds a bit like a radio program director, it’s because that’s what it is. Bergman is up front about the fact that this is about targetting a key demographic, which is like Gargiulo: Young mothers, people who enjoy hit music and have the spending power to please advertisers.

Asked what, other than the personality, would be changing with the new so, everyone involved agreed that there wasn’t going to be any drastic changes. But the team is constantly discussing new ideas and could put some of them into force slowly in the new year. But even then, don’t expect fundamental changes. They’re still the number-one music radio station, and they don’t need to reinvent themselves to improve.

“We wanted four words people would think of about the show,” Bergman said about the more philosophical thoughts. The words they came up with are fun, real, local and entertaining.

“If we can accomplish those four goals, we’ll be happy,” Bergman said.

“The show is always evolving,” said Depalo. “I’ve only been here seven months, so this is not it.”

UPDATE: Lots of congrats for Gargiulo on Twitter and Facebook. If you want to read the announcement in press release form, Astral Media has posted it to their website.