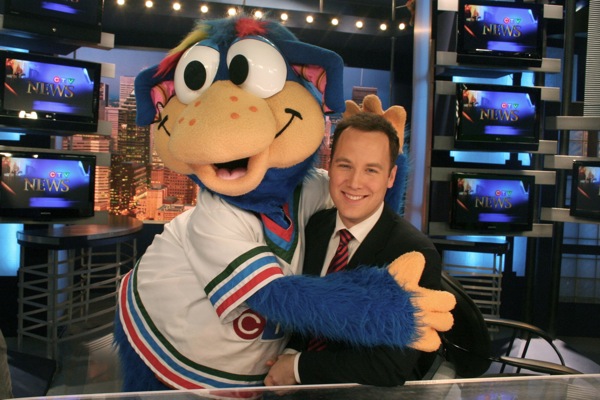 It ended not with a bang or with a whimper, but with the standard anchor goodbye. Friday was Todd van der Heyden’s last day at CFCF, and the 6pm newscast spent a few minutes at the end to acknowledge the departure of one of its anchors.

It was no Farewell to Bill, the special program devoted to long-serving anchor Bill Haugland in 2006, but CFCF’s tribute to van der Heyden was appropriate and classy. For those who missed it, the whole thing has been posted online. You can watch it in the CTV News video player here.

The segment starts with van der Heyden introducing a story about pandas (the usual fluffy, funny and entirely expendable story that fills time at the end of a newscast) only to have producers pull a switcheroo and run a story about van der Heyden put together by reporter/anchor Tarah Schwartz, which includes some testimonials from some of his long-time coworkers. The packaged report is followed by a one-on-one with Schwartz and a speech from van der Heyden thanking viewers for their loyalty (as far as he knew going into this, only the latter part was going to be in the newscast).

Unfortunately for van der Heyden and viewers, there was no message from coanchor Mutsumi Takahashi, nor from weather presenter Lori Graham, nor from sports anchor Randy Tieman. They’re all off on vacation, and I guess nobody thought ahead long enough to have them record a short video message before they left. The result gave some the impression that they had intentionally kept quiet as a snub. And with due respect to the people filling in during the holidays, this kind of moment isn’t the same with Randy Renaud and Paul Graif.

For the record, Takahashi (who was also on vacation at the beginning of the month when the announcement came that van der Heyden would be leaving), had this to say to me on the subject: “Bill, Brian, Todd… All I can say, Steve, is that I’m obviously having trouble holding on to my men…”

Though it’s possible they exist, I don’t know of anyone there who didn’t like van der Heyden. No matter what your opinion of his work, it’s hard not to like him personally once you get to know him. 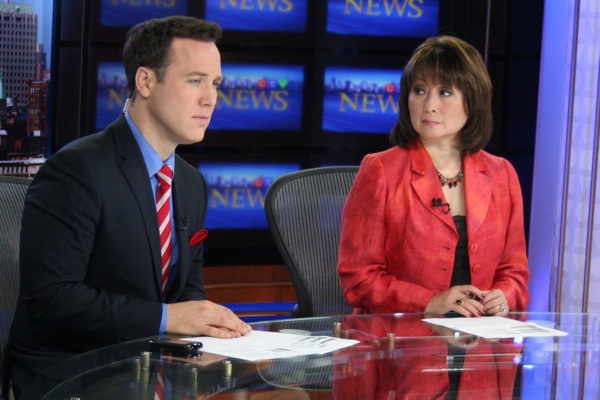 Mutsumi Takahashi looks at Todd van der Heyden with a mixture of loving affection and facepalming disbelief at his silliness. (Fagstein file photo)

At CFCF, no decision has been announced for his permanent replacement, but weekend anchor Paul Karwatsky (who led the list of candidates) has been named the “interim” co-anchor. This gives management more time to make a final decision, and a chance to try out Karwatsky in the post to see if he’s the one they want.

Good luck to him, and to van der Heyden I can only say: Qapla’!

For more on Todd van der Heyden and his departure from CTV Montreal, see my post on the subject from earlier this month. He was also interviewed on CJAD.