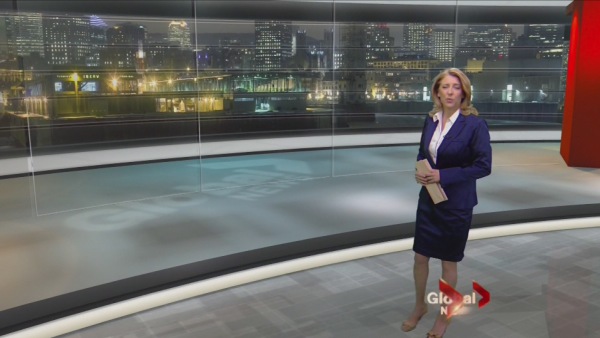 There wasn’t much fanfare. In fact, it wasn’t even explicitly mentioned during the first night. But it would have been hard to miss that Global Montreal’s newscast has a new look, thanks to a new set.

Unlike CFCF, which needed to build a new set from scratch, CKMI’s set is entirely virtual, with anchors sitting at a desk in an all-green room. So while it wasn’t quite as easy as flipping a switch (there were complications in planning that pushed back the launch date), all the changes are in a computer’s memory.

Above you see anchor Jamie Orchard in the new set. She’s the only thing real there. The floor, the windows, the pillar, all have been added digitally through chroma key (a bit more advanced than your usual green screen because the camera’s movements are synchronized with the computer changing the perspective of the digital background).

The background cityscape is the work of Gazette photographer Phil Carpenter. He’ll also be doing a daytime version for use during the summer when it’s daylight at 6pm. 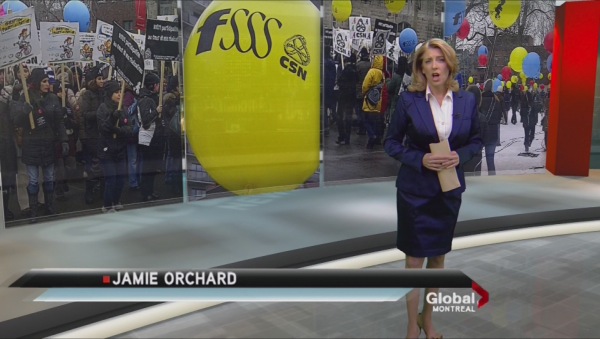 Having a digital set has its advantages, like cool effects. One involves still images fading into place behind the anchor, covering up the city skyline.

There’s also the fact that the set can seem much bigger than it actually is. That has led some to go a bit overboard with perspective. I’ll leave it to you to decide if Global has gone too far here, or if the fantasy-studio-on-the-waterfront look works.

For the sake of comparison with the previous set, here’s a few before-and-after shots: 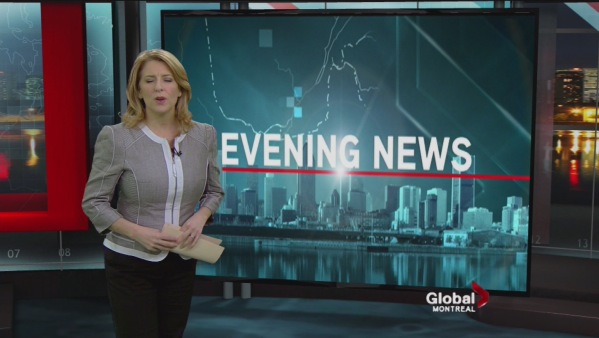 The old standup position next to a digital giant screen 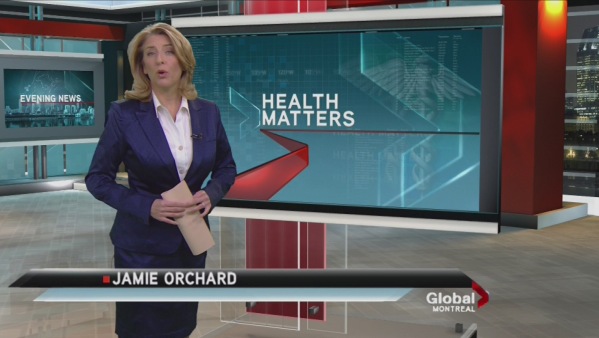 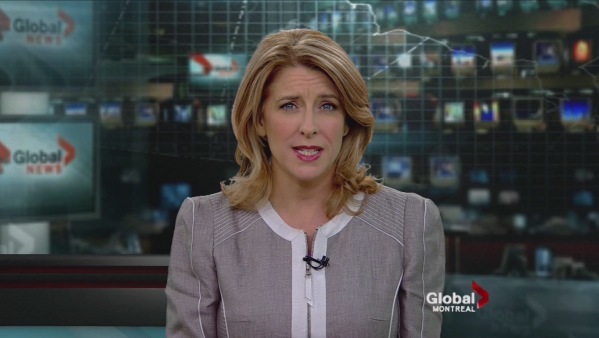 Note the non-existent newsroom in the background 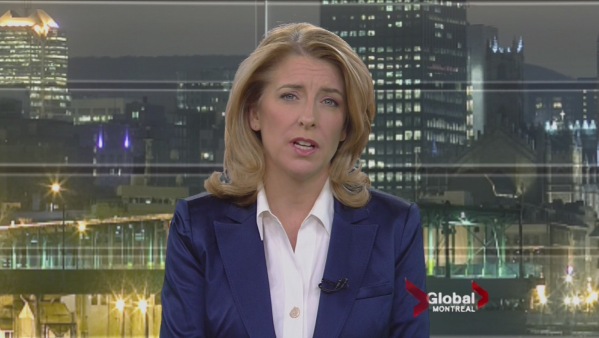 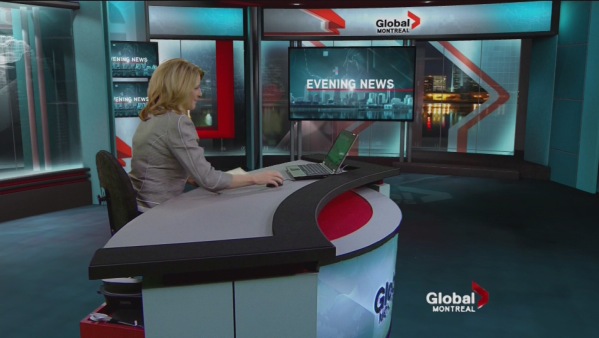 The old studio - The anchor and desk are real, the rest is simulated 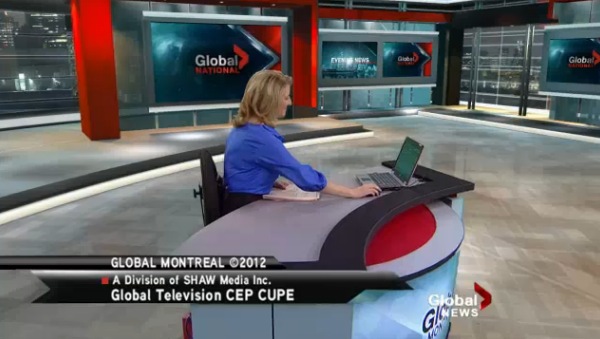 The new set - again anchor and desk are the only things real here. (Jamie's wearing different clothes here because they only started using this shot on Tuesday)

Among the options available with the new set, over-the-shoulder graphics can be done in two different ways, both of which were used during the first newscast on Monday: 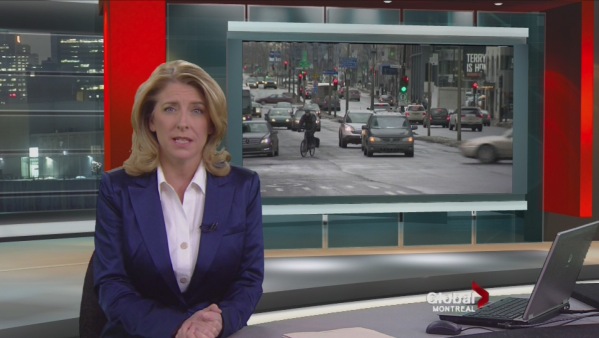 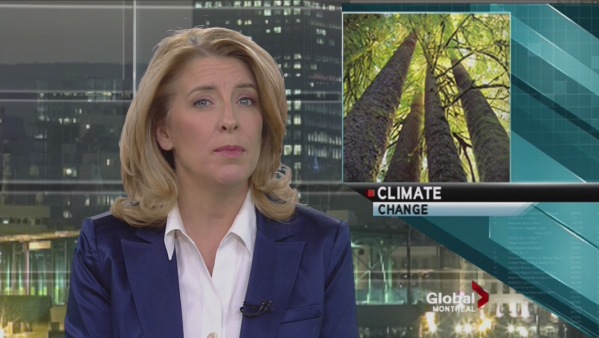 ... and the classic in front

The set change comes weeks after the newscast finally became high-definition, at least as far as anchors are concerned. (Packaged reports, live hits and weather presenters are still in upconverted 16:9 SD, so they’re not advertising their newscast as HD yet.) You can read late anchor Richard Dagenais’s experience with HD makeup on his blog.

You can watch the complete newscasts with the new virtual set on Global’s website: Monday, Tuesday.

I visited Global Montreal on Wednesday to speak with station manager Karen Macdonald about other changes coming to CKMI for an upcoming article.

UPDATE (March 27): Here’s a screen shot of their daytime skyline, which was introduced at 6pm just after the city switched to daylight saving time: 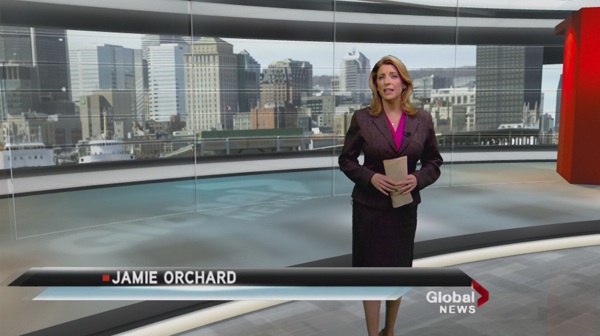 8 thoughts on “Global Montreal has a new (virtual) set”