CORRECTION (July 14): Fixed list of stations to include an Astral one in Winnipeg that I had missed. 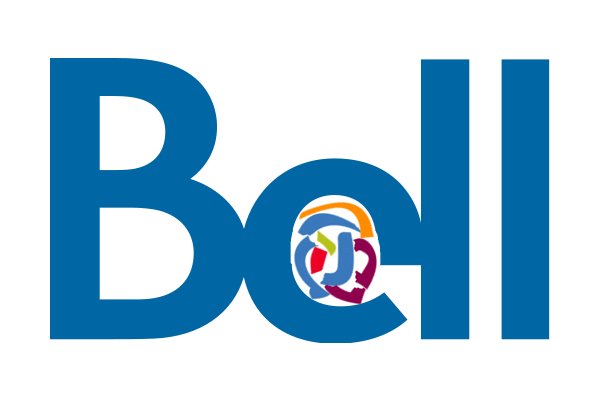 The HuffPost Québec and La Presse scoops ended up lasting only a few hours (most of which people spent asleep), but they were right: Bell has announced it will buy Montreal-based Astral Media in a deal worth $2.8 billion (or $3.38 billion, depending on how you count it).

The deal has serious implications in terms of diversity of voices in media, and has a pretty big regulatory hurdle before it can be approved. Astral owns 22 television services and 84 radio stations, many of which compete with Bell’s 30 specialty channels and 35 radio stations. In Montreal, notably, the deal would create a monopoly for English-language talk radio in Montreal, with CKGM (TSN 990) and CJAD both owned by the same company, and a near-monopoly for English-language commercial radio overall, with four of five stations owned by the same company.

Probably the most telling statement of the press release is this: “Astral products currently represent Bell’s largest single content cost.”

(Imagine that: Just going out and buying your biggest expense. If only I had a few billion dollars lying around, I could go out and buy Videotron and maybe Hydro-Quebec too.)

The competition bureau is obviously going to look into this. The CRTC must also approve the transaction, and could reject the deal or force Bell to sell off some assets if it believes they would harm competition. (The deal includes a $150-million payout from Bell to Astral if the CRTC rejects the purchase.)

Here’s a bit of a breakdown of how this might play out:

Conventional (over-the-air) television: Astral has stayed out of the conventional television game so far, and owns only two stations in small markets in British Columbia, and both are CBC affiliates.

French-language specialty and pay television: Bell is selling this deal as a big push into the French-language Quebec market, and specialty channels will form a large part of that. Right now, Bell owns only a controlling stake in RDS and its related channels. Astral owns channels including Canal D, Canal Vie, MusiMax, MusiquePlus, VRAK.tv and Ztelé, but no sports-related channels. The CRTC shouldn’t have a problem here. Same for pay television, where Astral is the biggest (really, only) player with Super Écran. The deal would give the company a 26.8% viewing share among French-language specialty channels, but that would still be below Quebecor at 29.6%.

English-language specialty and pay television: Astral also has an interest in English-language specialty, with services including the Family channel and a 50% ownership of Teletoon (with Corus). But the big money is in pay television. Astral owns the Movie Network, Super Écran and related channels, and has a controlling stake in Viewers Choice Pay-Per-View. There isn’t much direct competition with Bell, though it does own channels like MuchMusic and MTV Canada (and related channels for both) which also target a younger audience. But the deal would give bell 41.4% viewing share among specialty channels in English Canada, twice its next-largest competitor (Shaw), which might concern the commission.

Bell is already the biggest player in commercial radio, with 31% of total listening hours among the big commercial radio players, according to the latest CRTC monitoring report. With Astral, that would go up to almost 45%, in both English and French-language radio. Revenue-wise, 31% of radio advertising revenue across the country would be going to Bell/Astral, which would be twice the next-largest player (Corus).

French radio: Astral has substantial radio holdings in Quebec, with the NRJ, Rouge FM and Boom FM radio networks that in many markets hit the limit of common ownership. But Bell has no French-language radio assets, which means there aren’t any big regulatory concerns here.

English radio: Here’s where the deal is going to run into some serious problems. Both Bell and Astral are major radio players, and the deal would put the combined company in violation of the CRTC’s ownership rules set in 1998 that state only two stations in one band/language/market can be owned by the same company in a market with eight or more stations, and a maximum of three total (and no more than two in one band) in markets with less than eight stations.

If we assume that the company would keep the highest-rated stations in each market/language/band and sell off the rest, that would put quite a few stations on the chopping block. Affected markets would include the following, with stations ranked according to BBM market share and stations in bold the ones the selling block (again, based on ratings alone – there could be any number of reasons for keeping a lower-rated station):

In Montreal, the CRTC would take note of the fact that the combined company would own both English AM talk radio stations here. Overall, Bellstral would own four of the five English-language commercial radio stations in Montreal, with only Cogeco’s CKBE-FM The Beat 92.5 as competition of any sort.

As you can see from the list, there aren’t many big national brands at play here. The company would probably keep its Virgin-branded stations from Astral, and its Team/TSN sports radio stations from Bell, and sell off stations that are weaker performers in their markets.

Astral doesn’t own any cable or satellite companies, so there aren’t any issues directly here. But the fact that Bell sees this purchase as a benefit to its satellite and Fibe TV service by owning one of its biggest expenses will be looked at.

Bell doesn’t have any newspaper holdings (aside from its interest in the Globe and Mail), which might also cause issues with regulators (the CRTC won’t allow a company to own a newspaper, TV and radio station in the same market). Astral doesn’t own any significant online assets that aren’t tied to other assets.

There’s also Astral’s huge outdoor advertising business, but I do my best to ignore that.

I’m a bit surprised that Bell thinks it can get away with this. People are already worried about concentration of media ownership in Canada, and now one of our few big players is buying another. It’s not as significant as if, say, Bell decided to buy Shaw or Rogers, but it’s still very worrisome, especially in English radio and English specialty television. Even if the CRTC forces some assets to be sold off, they’d probably be sold to other major players.

In short, it’s a horrible day for diversity in voices in media.

I have a brief story in Saturday’s Gazette about what the deal means for Quebec, to go with the national story giving the overall picture.

43 thoughts on “Bell to buy Astral: But what about media concentration?”