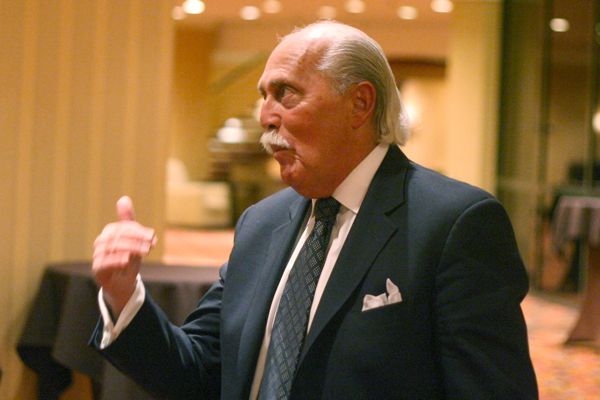 Paul Tietolman, the son of former Montreal radio magnate Jack Tietolman and one of three partners in a new French-language talk radio station that received CRTC approval last fall, says that he would be interested in buying CJAD or any other station Bell Media is forced to put up for sale in Montreal to get approval for its takeover of Astral Media.

The $3.38-billion purchase announced last Friday would give Bell control of four out of the five English-language commercial radio stations in Montreal, which would go against a CRTC policy that no more than three commercial radio stations in a market with fewer than eight total can have a common owner. Unless the CRTC grants an exception, that would mean one of CJAD 800, CKGM 990, CHOM 97.7 or CJFM 95.9 would be on the block.

Tietolman and partners Nicolas Tétrault and Rajiv Pancholy received CRTC approval last fall for a French-language news-talk station on one of two clear channels available in Montreal – 940 kHz. But a similar application for an English-language news-talk station was rejected because the group would not accept the more restricted channel of 990 AM. The other clear channel, 690 kHz, went to CKGM, which plans to change frequency within the next few months (probably after the Canadiens’ season is over), with 990 going to Dufferin Communications for a French-language music/talk station targeted at the LGBT community.

Though the group said at the time that no other frequency would be acceptable and they would not proceed with one station unless it got approval for both, they’ve essentially folded on both those points. Plans are under way to launch the French news-talk station this fall, and the group is preparing a submission to the CRTC for an application for an English version that would use a frequency of 600 kHz. The only thing left is to find a transmitter site.

Tietolman said his group is in negotiation with Cogeco for use of their former CINF/CINW site in Kahnawake. The towers there have stood unused since Info 690 and 940 Hits went off the air in January 2010. A final transmitter site for their French-language station also hasn’t been chosen yet – they may want the two to use the same towers to save money.

Of course, Cogeco is also looking to submit an application for a new AM radio station in the Montreal area, to revive their plan for an English all-traffic station. At last report, Cogeco was still in discussions with the Quebec transport ministry to determine an agreeable frequency and coverage pattern to submit to the CRTC. I haven’t been told what frequencies they’re considering (a multiple-transmitter system may be among them), but 600 would be a strong contender. It’s the former frequency of CFCF AM and CIQC, and has adequate coverage in anglo areas, probably better than any other available AM frequency.

Tietolman said he’d be interested in any stations Bell would have to divest itself of, but seems to have a particular eye on CJAD, whose news-talk formula could easily be converted into the radio station they have in mind (and, of course, would provide instant listener loyalty as well as eliminating their proposed station’s main competition).

With the Bell-Astral deal having just been announced and no CRTC hearing even set yet, much less a decision on what if any stations they would have to sell, nothing formal is on the table yet.

But if CJAD is the station that goes on the table (and some insiders believe that will be the one they decide to get rid of), there’s at least one party interested in taking it over.