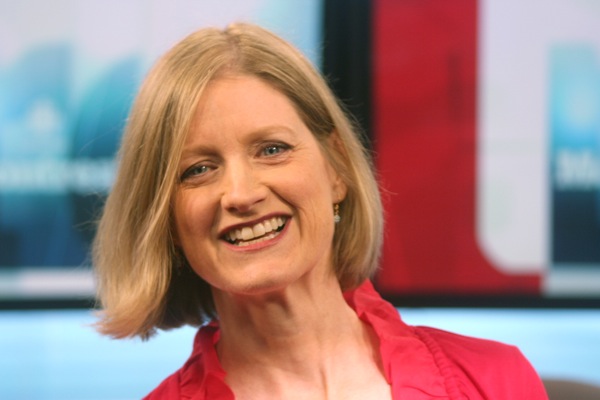 The Canadian Broadcasting Corporation had its big bash in Toronto on Thursday to announce its lineups for the fall television season. There are some big changes coming, besides the usual turnover of primetime series. The CBC has decided to drop Jeopardy and Wheel of Fortune (mainly for cost reasons), opening holes in its afternoon/evening schedule. It will fill one of those holes with George Stroumboulopoulos Tonight, which moves from 11pm to 7pm, but with a repeat at 11:30pm.

Not given as much attention is that CBC is expanding evening local newscasts in some areas, including Montreal. Rather than the 10-minute rush that it has been doing since 2009, CBC Montreal will have a full 30-minute newscast starting this fall, from 11 to 11:30pm.

The time slot puts the newscast in more direct competition with Global Montreal’s News Final, which has the same schedule. (Feel free to insert jokes about whether Global’s 2,000 viewers at 11 constitutes competition.)

CBC Montreal communications manager Debbie Hynes tells me the Sunday newscast, which you’ll recall is less than a week old, will remain at 10 minutes, or at least that’s the plan.

Nancy Wood, who just started as the late-night anchor, says she heard the news on Wednesday, and is excited about having a longer newscast and one that has a real time slot instead of being awkwardly sandwiched between two others.

While CBC News Montreal Late Night gets a good lead-in from The National, allowing it to get about 15,000 viewers on average (it has 30,000 at 6pm), the 10:55pm start time means it isn’t going to attract many viewers from people who watch something other than The National at 10pm. An 11pm late newscast could mean picking up people who watch U.S. primetime dramas on CTV, Global or other channels and want some local news before going to bed.

There’s no news yet as far as what specifically a late newscast would include. At the top of that list, I think, would be a local sportscaster. The 10-minute newscast includes a bizarre “CBCSports.ca Update” segment that previews the next night’s hockey games but says nothing of the ones that finished an hour before. This is mainly because there’s no one to put together a sports roundup on deadline, but it sticks out that you have a newscast talking about sports without saying what happened in the sports world that night.

The new local newscast launches in September along with the new CBC television schedule.

News headlines and weather on screen in mornings

Also announced is that some local information will appear in mornings on CBC television. During the 6-7am hour, when CBC airs CBC News Now (duplicating content from CBC News Network), the programming will be surrounded by a local wrap with local headlines, weather and other information. Something similar is done on CJNT, and people familiar with CityNews or CP24 in Toronto will know what this looks like. CTV also inserts local content into national programming (Canada AM) through an on-screen ticker. These are “rolling out across the country now,” Hynes says.