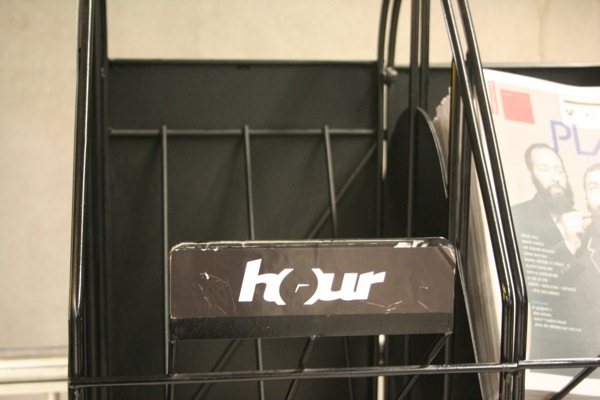 Though everyone knew the announcement last week that Hour Community would cease publishing meant the death of the brand, owner Communications Voir left a bit open by saying it would become online-only. Publisher Pierre Paquet wouldn’t return calls to clarify what that meant.

So, one week after the final articles went up, I checked hour.ca to see what this online-only publication would be. And … nothing. Same stuff from last week. No new content at all.

It’s obviously not surprising. Kevin Laforest was the only full-time staff member, and he was let go. Even when he was working, the paper had far fewer than the minimum necessary to provide useful content on a weekly basis. Now there’s simply nobody left there to provide content to this publication, online-only or not. Its reliance on “community” (i.e. user-generated) content seems fruitless since the “community” section hasn’t been updated since March.

If Hour.ca is being kept alive merely for historical purposes, to keep its archives available, then good. I’m all for that. Put up an announcement saying you’re no longer publishing and leave it at that. But leaving it in limbo like this seems unfair. Hour deserves more than to simply be forgotten like an old Geocities page online.

2 thoughts on “Hour’s website being left to die slowly”