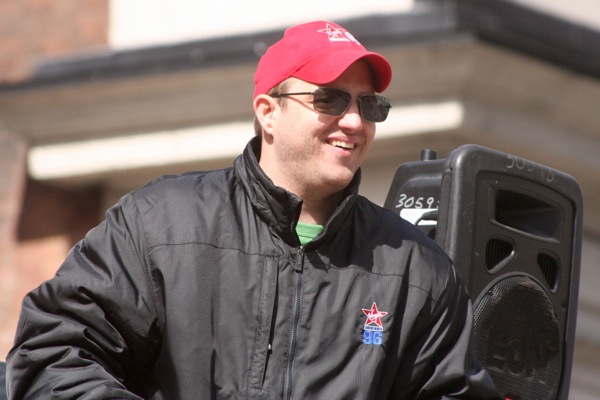 Cat Spencer, Nat Lauzon and now Vinny Barrucco. “Cousin Vinny” has become the latest personality to jump from Virgin Radio to competitor The Beat, even though the latter is less than a year old.

Barrucco left CJFM suddenly at the end of February, and was purposefully vague about why, saying he had “a new opportunity” coming up. This was apparently because of a non-compete obligation that wouldn’t allow him to jump directly to a competing station. So after three months off (during which he said he missed not being on the air), he’s back behind a microphone.

The new hire was introduced to listeners on Monday’s morning show and answered some short-answer questions:

His first shift is Monday at 4pm. His show is weekdays from 4 to 8, leading in to Paul Hayes’s Heartbeats.

Barrucco replaces AJ Reynolds, who was let go from CKBE the same week Barrucco left CJFM. Christin Jerome has been holding the fort in the meantime, and will remain with the station in her unsung-hero capacity.

UPDATE: Mike Cohen interviews Barrucco and program director Leo Da Estrela. Vinny explains it was tough to be off the air for three months and is kind of vague about the reason he decided to move from Virgin to The Beat (which I guess means it’s because of the money). Da Estrela says The Beat’s goal isn’t to steal talent from Virgin, but to get talent that knows Montreal and knows radio. He also acknowledges that the two stations sound a lot alike and have similar playlists these days.