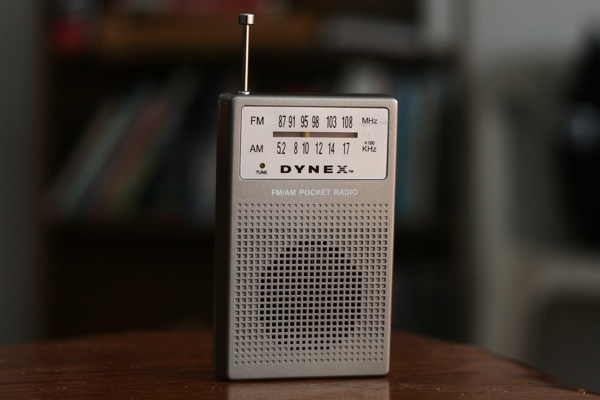 Man, there are a lot of radio stations in and around Montreal.

That’s what came to mind as I compiled a list of them for a story that appears in Saturday’s Gazette. “Story” might be an exaggeration there. It’s more like a charticle spread over two and a half pages, detailing the things that are changing at radio and television stations in the city.

And there’s a lot of stuff going on. A CRTC hearing this fall will decide on whether to approve a new station and whether to accept major amendments to the licenses of two others. Two other stations approved by the CRTC last November are gearing up to launch in the coming months. One frequency that currently sit vacant could be home to Hudson’s first local radio station if the CRTC gives it the okay. CBC Radio 2 and Espace Musique could see ads for the first time. And then there are all the staff movements, office changes and other things that don’t require CRTC approval.

To get it all straightened out (and include a few new pieces of information), I’ve compiled a list of radio and TV stations that can be tuned in from Montreal and talk about what’s happened there recently and what’s coming soon, on a station-by-station basis.

What’s going on in AM radio is probably the most interesting, because it involves the most fundamental change – two new radio stations, with a possible third to join them, and another station whose fate is in limbo.

In FM radio, I notice a lot of the updates involve staff changes. That’s part of life in radio, and I don’t know if it’s unusually high – I suspect not – but when all compiled together there’s enough change to write home about. The departure of Planète Jazz in favour of Radio X is also a big change.

For television, I focused only on local programming, and, for the most part, on the anglophone stations. One (CJNT) has been bought out by Rogers pending CRTC approval (an application hasn’t been published yet). Global is getting ready to launch a morning show at some point in the late fall. CBC is getting ready to expand its late newscast from 10 minutes to half an hour, which will start Sept. 17 (the same day George Stroumboulopoulos moves to 7pm). And CTV is still making baby steps toward converting its local newscast into high definition.

I’m sure there’s stuff that I missed for whatever reason (it’s been pointed out that I don’t talk about adjacent-market AM stations, mostly due to lack of space). If you know of one, feel free to add it in the comments below.

10 thoughts on “A big autumn for Montreal broadcasting”