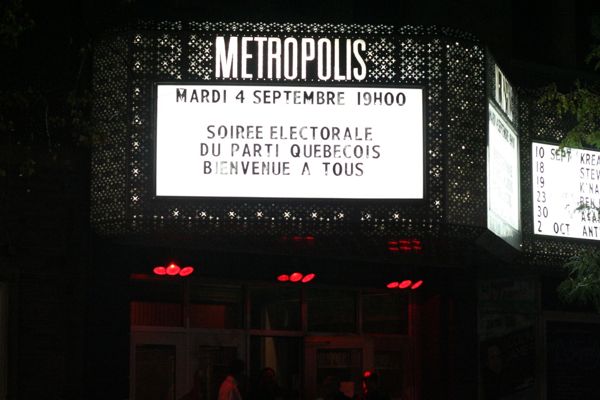 In the aftermath of an awful shooting at the Parti Québécois victory party on Tuesday night, commentary has been flying far and wide, people urging calm, people urging unity, people urging a toning down of heated rhetoric, or people not getting the point and blaming everything on some caricature they’ve constructed of people who have different political opinions or who speak a different mother tongue. There’s so many out there I won’t bother trying to link to all of them.

I’m hesitant to join the fray, because to call for a calming of tensions would imply that they are at least in part to blame for what happened. Despite the mad ramblings of a madman being arrested, I find it hard to believe that a disagreement over language policy or sovereignty was the issue here. Quebec has been too peaceful for too long for that to make any sense.

One of the things I love about Quebec is that people can disagree passionately about something so fundamental, so personal and so irrational as national identity but do it peacefully (even if, sometimes, it falls short of respect). Since the October Crisis, we haven’t had political violence here of this nature (well, not much, anyway). We’ve gone through two very stressful referendums and a bunch of close elections, and though we’ve worried about losing our sanity, few have had any reason to worry about losing their lives.

It would be simplistic and, I believe, incorrect to blame this shooting on a language issue. Rather, as evidence continues to come to light about the shooter, it seems more clear that this was a man with mental problems who failed to get help. 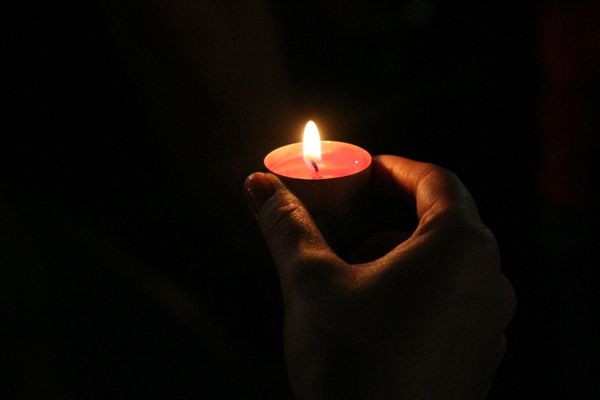 We should do it anyway

But we should tone down the rhetoric, not because it might lead to another shooting, but because being more civil in our communication is the right thing to do.

Well before the shooting I was growing concerned with some of the statements being made in newspaper columns and in social media. Not only was there ridiculous generalizing about Quebec anglophones, sovereignists and the rest of Canada, but I got the impression that people were taking things far too seriously.

It’s probably because this is the first election since 1998 won by a sovereignist party, or the first since 2007 where a Liberal victory was not a given. Social media is far more prevalent than it was back then. Plus, newspaper columnists on both sides of the political fence seem to have gone more toward outrageous commentary for its own sake.

What’s worse is that rather than challenge people on their ridiculous exaggerations, Facebook friends and Twitter followers and website commenters have become part of the echo chamber. The cheerleaders are winning over the devil’s advocates. 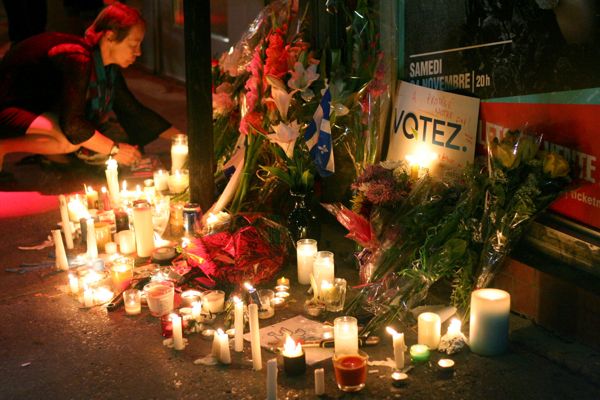 This, I believe, is how we should step in. It’s nice to call on everyone to tone down our own rhetoric, but I think it would be more constructive to tone down each other’s.

So please, when you hear a friend of yours say that the PQ’s policies on language are akin to “ethnic cleansing,” explain to them that even if by their biased interpretation those policies might fit a loose definition of that term, that they have obviously chosen it as a way of linking the party to some third-world dictator prepared to kill millions in the name of genocide. Explain to them that while you may disagree strongly with Quebec’s language laws or the PQ’s proposals to strengthen them, that is no reason to use such loaded terms.

And please, when you hear one of your friends explain how Pauline Marois wants to “destroy Canada,” explain to them that Quebec has as much of a right to self-determination as any other government. Explain to them that though we may disagree with Quebec leaving Canada, the province cannot be forced to stay inside the federation against its clear will. Explain to them that even if Quebec somehow becomes an independent state, that it plans to have a strong relationship with the rest of Canada, and that even the most hard-core separatists have no wish to see harm come to the rest of the country. And explain to them how Quebec leaving Canada will no more destroy the latter than Canada’s independence in 1867 destroyed Great Britain.

And please, when you hear one of your friends say Stephen Harper is a dictator or that he hates Canada, explain to them that his party received 40% of the votes cast in the last federal election, that despite all the rhetoric he is still the leader of a centre-right party that has no plans to outlaw abortion, take away universal health care or do anything else that would cause them to lose those suburban Toronto ridings that are key to their parliamentary majority. Explain that while you may worry about where he is taking our country, that we are still governed by a representative democracy with a fully functional judicial system. Explain that if you disagree with Conservative Party policies, then you need to convince their voters not to support them in the next election, and that emotionally-charged hyperbole is going to win over far fewer voters than a reasoned rebuttal of the issues.

For the sake of my sanity. Pour notre avenir commun. So that we can be proud not only of what we have built together politically, but of the way we have built it. 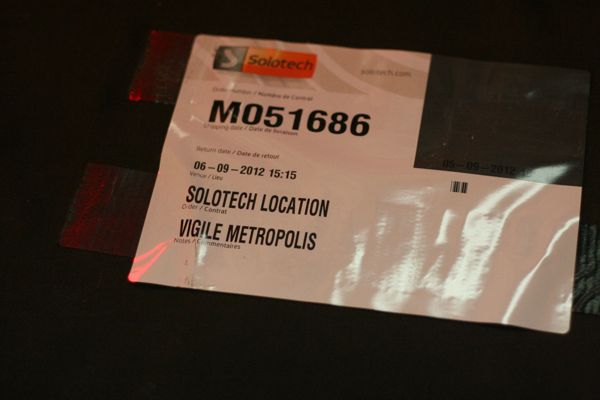 UPDATE (Sept. 7): Seems this post is generating some buzz. I spoke with Radio-Canada’s Michel C. Auger about this issue (starts at 31:15), and this post has been republished in Saturday’s Gazette. I was also interviewed on CTV News on Sunday.

135 thoughts on “Even if it’s not to blame, we should tone down our rhetoric”