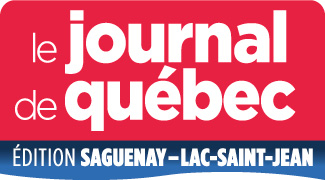 Quebecor announced on Tuesday (though we’ve known for almost a month) that its Quebec City paper the Journal de Québec will be producing a regional edition for the Saguenay—Lac-Saint-Jean region, with at least seven pages a day devoted to the region, including two pages of sports.

This isn’t the first time Quebecor has done exactly this. It began in October 1973, but ended in October 1981, by which point it had reached eight pages. An economic slump, rising costs and tough competition from Le Quotidien were cited as reasons for cutting the edition, which makes you wonder what’s changed.

Le Quotidien, owned by Gesca, is the only daily newspaper in the region. Transcontinental has community weeklies there, and  Quebecor serves it through its weeklies Le Point du Lac-Saint-Jean and Le Réveil in Saguenay. (The latter, you might recall, locked out its employees around the same time of the Journal de Montréal lockout, and became a shell of its former self after that ended in severe job cuts.)

“The newspaper will draw on the work of journalists at Quebecor Media’s various subsidiaries in Saguenay-Lac-Saint-Jean,” the press release says, which means we can expect to see reports from Le Point, Le Réveil and TVA’s Saguenay station in this edition. (In fact, here’s an example already of a story condensed from one in Le Réveil, with the fact that it’s about a contestant in TVA’s Le Banquier moved up to the first paragraph.)

Quebecor doesn’t say how many jobs are being created by this move, but a welcome note from the editor lists names of new journalists: Jean Tremblay, Roger Gagnon, Pierre-Luc Desbiens, Roby St-Gelais, Charles-Antoine Gagnon and Frédéric Champagne.

Radio-Canada’s report says these new employees will work for Agence QMI, which means they’ll be non-unionized.

The paper also promises columnists from the region, starting with:

If that snowmobiling thing sounds a bit like pandering to the region, it’s not. There’s plenty of more obvious cases of pandering to new Saguenéen readers.

Regional editions are common for big-city papers, though less so than they used to be. The Globe and Mail produces slightly different editions for different regions of Canada. The Gazette distributes a West Island section to its subscribers in the West Island and western off-island areas. The Journal de Québec already has “thousands” of subscribers in the Saguenay region, so it makes sense to offer them a little something extra.

Whether this move can create serious competition for Le Quotidien is a big question. But it certainly can’t hurt.

UPDATE (December 2013): A year later, the regional edition remains, but local content is down to four pages a day (plus the cover, which often has local elements), two of which are sports.