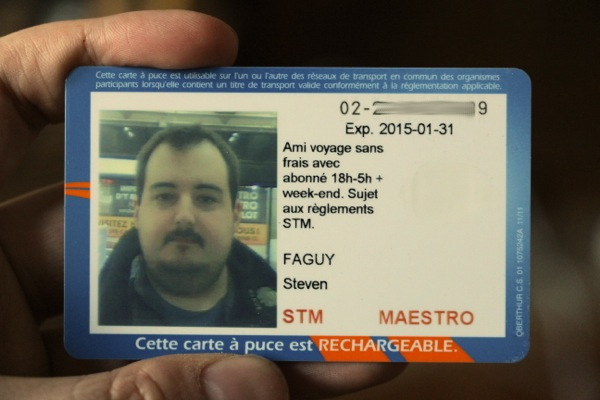 Now I feel so important

The STM gave us a bit of a surprise last month, announcing a new loyalty program (in addition to the 12th month free offered by the government and discounts on Bixi and Communauto) that had a small number of very interesting perks. For people who have subscribed to Opus à l’année or Opus & Cie. for more than a year, the STM offers the Maestro card, which allows users to bring a friend for free (outside of business hours) and ride for free when visiting Quebec City.

As a subscriber to the program myself, I got an email within a few days announcing my eligibility. Even though it’s rare that I go to Quebec City, and I don’t have any friends, I was curious about the process, and it was free, so I decided to get one.

How to get it

The email, which explains the program, includes your Opus card number and a reference number. Print the email out and bring it, a photo ID and your existing Opus card to one of the STM’s service centres, at Côte-Vertu, Honoré-Beaugrand, Jean-Talon or Lionel-Groulx metro stations, or the Fairview bus terminus. Or, like me, you can go to the main service centre at Berri-UQAM, which is open on weekends: 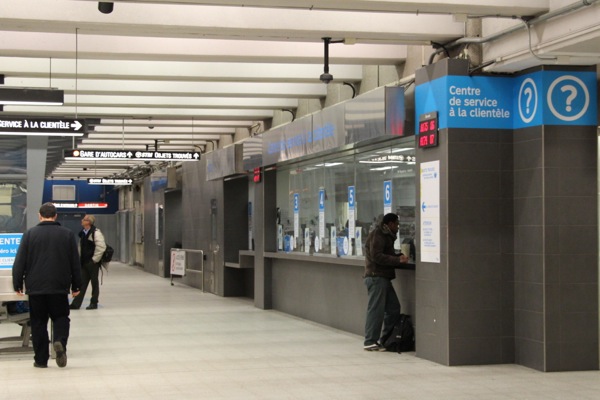 It might seem like a long wait, but I learned quickly that not all the people sitting in the waiting room are waiting to be served. My wait was maybe 10 minutes.

After showing your documents and filling out some paperwork, you’re asked to step back to get your photo taken: 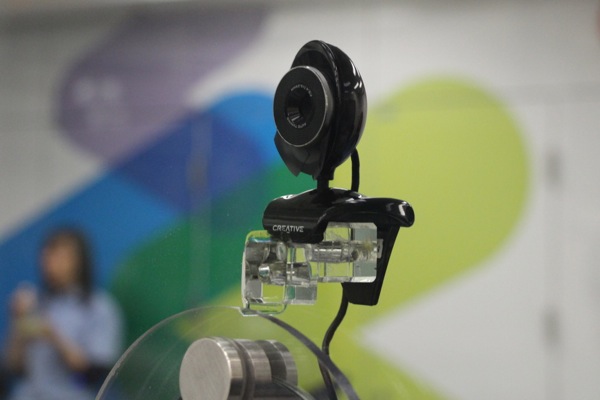 Not exactly a top-of-the-line camera, but it gets the job done. Which makes me wonder why all photo ID Opus cards can’t be done from this location.

The new card, which includes a name and photo, replaces your existing one, which they keep.

Normally, the card functions the same as any other Opus card, with a few exceptions. The most noticeable, besides the photo printed on it, is that it sets off a different beep on the readers. Instead of the single-beep green light, it sets off the double-beep orange light, just like reduced-fare passes do. The message on the reader is the same, and so far nobody has asked to see the photo on it. Nevertheless, the pass is tied to its owner, and you can’t pass it to a friend to use for a day.

The documentation tells me that the card cannot be loaded with other fares valid on the STM network (passes, tickets, or AMT TRAM passes). Tickets not valid on the STM network, like STL and RTL passes, are accepted. I’m not sure about AMT train tickets. The FAQ suggests they wouldn’t be valid, which makes me wonder what a Maestro card user is supposed to do if they want to take the train one day.

The take-a-friend privilege is from 6pm to 4:59am weekdays, as well as all day Saturday and Sunday. It’s valid only on the STM network, with the exception of the 747 airport shuttle bus.

Another important point is that the two must travel together to the same destination. Since anyone in the network can be checked at any time, you have to be with your friend throughout his or her entire journey. This includes, for those taking the metro, walking between the platform and the turnstiles of a metro station, which is also part of the fare-controlled area. Presumably if you’re both taking a bus, you could stay on while your friend gets off.

For the Quebec City privilege (which might expand to other systems), nothing special is required. The Quebec City Opus card readers are programmed to accept STM Maestro cards. The agreement between the two transit agencies is reciprocal, so Quebec City transit users will be able to travel on the STM network as well.

The Maestro card expires after two years, after which you have to go to the service centre and get a new one. There are no fees associated with getting the card or using the program.

29 thoughts on “Just call me Maestro”