Bell is bringing a community television channel to Montreal.

Jobs were posted late last month for positions related to Bell Community TV in Montreal. They include a volunteer coordinator, a producer, a camera operator and an editor. Each is for a one-year contract, and no starting date is specified.

I asked Bell about the new channel. Unfortunately they can’t say much. Things like launch date, budget, programming, etc. are considered competitive information and are not public.

What we do know is that the programming will be in French to start with, and it will be part of the on-demand service provided by Bell Fibe TV. Bell received authorization from the CRTC in 2011 to operate an on-demand community television service on its terrestrial distribution service (i.e. Fibe).

Bell’s service is similar to Videotron’s MaTV, or the Rogers TV and Cogeco TV services provided by their respective distributors. The difference is that Bell’s Montreal community channel will be an on-demand offering instead of a 24/7 linear channel like Vox.

Broadcast distributors are required to spend 5% of their gross revenues on Canadian programming, including up to 2% on community television. Most choose to setup their own community channels, at least in larger markets. 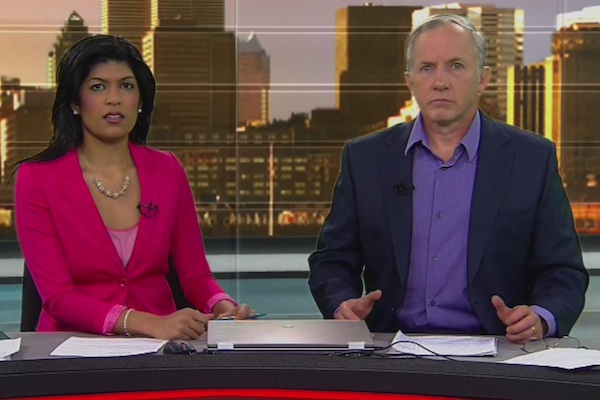 END_OF_DOCUMENT_TOKEN_TO_BE_REPLACED

The Competition Bureau issued a statement on Monday saying it has come to a deal with Bell over its acquisition of Astral Media. Combined with a statement from Bell, we’re learning some details about this deal and how Bell will avoid owning so much stuff it threatens competition in Canadian radio and television.

We’ll learn more when the CRTC publishes the application this week.

What we know so far:

Bell has come to an agreement with Corus that will see the latter buy the following assets for $400.6 million:

A separate deal between Shaw and Corus, which are both owned by the Shaw family, will see Corus own the other half of Historia and Séries+, plus ABC Spark. Shaw will take Corus’s 20% stake in Food Network and $95 million in cash. Corus has a press release on the two deals here.

Bell will also sell the following assets at auction:

Corus can’t buy any of the eight radio stations listed here because of CRTC ownership limits in those markets (two AM and two FM in each market). Corus doesn’t own any stations in the Ottawa market.

The list of radio stations for sale (including the two to Corus) is unchanged from the one Bell presented the CRTC last year. That’s interesting because the CRTC didn’t particularly appreciate Bell’s plan to sell off some Bell stations and some Astral stations in order to keep the best ones (with two exceptions, the ones for sale are the lowest-rated ones in those markets of the combined Bell/Astral holdings).

In its decision in October, the CRTC said:

the decision to include certain Bell Media radio stations in the divestiture plan can be viewed as an attempt by BCE to trade underperforming stations for successful ones, which would not provide a benefit to the Canadian broadcasting system or create the conditions for healthy competition. Selling less profitable stations could reinforce BCE’s position in these markets, make the entrance of new competitors more difficult and reduce the total tangible benefits paid on Astral’s radio stations.

No Montreal radio stations are listed, even though the purchase of three English commercial stations would put Bell over the limit in this city. When the new deal was announced, Bell said it would ask for an exemption allowing it to keep CKGM as an English station. That remains unchanged:

This proposal, though it might be favourable to fans of the station, is far from a done deal. Buying CHOM, CJFM (Virgin) and CJAD would mean Bell would own four of the five commercial English-language radio stations in Montreal, or four of six when the Tietolman-Tétrault-Pancholy station at 600 AM launches. Would owning such a large portion of the market be too much for the commission to consider?

Expect opposition from Cogeco, which owns The Beat, the only station that wouldn’t be owned by Bell. Their opposition will be somewhat hypocritical, mind you, because Cogeco got its own exemption from the CRTC in 2010 allowing it to keep three French FM stations in Montreal (Rythme FM, CKOI and 98.5).

The fate of TSN 690 will be up to the CRTC. It could accept the exemption or force Bell to sell or shut down one of the four stations to remain under the limit (Bell indicated previously that if it had to sell a station, TSN would be the one to go). Selling the station might be difficult, because Bell would retain rights to Canadiens games, and TSN has previously said the station has never made money doing all-sports. 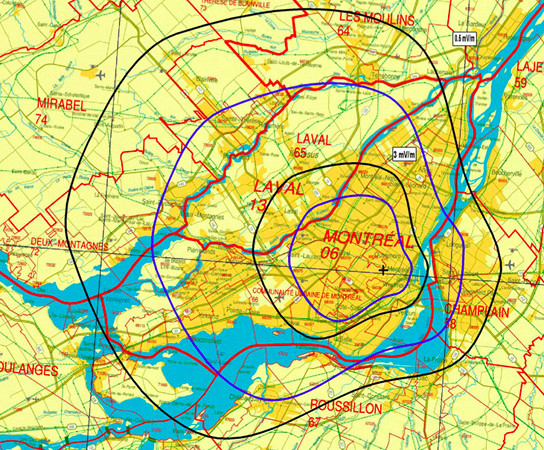 Earlier this month, the Canadian Radio-television and Telecommunications Commission approved a request from CKIN-FM, the commercial ethnic station at 106.3 FM, to increase its power, from 300 to 1200 watts.

The station (pronounced “Skin FM”), which is owned by CHCR, the same company that runs Mike FM 105.1 (the two operate from studios in the same building), was approved in 2007 and began broadcasting in 2010. It operates on a format similar to Mike, only its rush hours have French-language programming instead of English.

The application resulted in some very strongly-worded opposition from CKIN’s competitors, Radio Humsafar, Radio Shalom and Yves Sauvé of CJVD-FM in Vaudreuil. Some of their beefs go back to the competitive process that saw CKIN’s original licence awarded. Sauvé also applied for 106.3 for his Vaudreuil-based station, but the CRTC gave it to CHCR and forced Sauvé to find another one. He picked 100.1, which restricted the station’s coverage on the island of Montreal, mainly because there’s a community station in LaSalle on the same frequency. He opposed the new application because he had applied for use of the then-vacant frequency of 106.7 FM to give CJVD a better signal, and allowing CKIN to increase its power at 106.3 would have affected the signal on 106.7.

That was all made moot when the CRTC approved a new radio station in Hudson/St-Lazare on 106.7 FM last fall.

The other opposition was mainly about self-serving competitive needs, with station owners crying about how doomed their business model is if they don’t get their way. Humsafar, which applied for an AM radio station in that same 2007 hearing and was denied, operates a South Asian service on a subcarrier. It tried to apply again for an AM ethnic station serving the South Asian community in 2011, but was denied. Then it tried to convert the AM station it owns, CJLV 1570 in Laval, to an ethnic station, but that was denied too. The main reason behind these denials was the inability of the Montreal market to sustain another ethnic radio station.

Humsafar opposed the application, arguing that CKIN-FM was already encroaching on its audience after increasing the amount of South Asian programming well beyond what it first proposed. But the CRTC points out in this month’s decision that Humsafar, as a subcarrier service, does not provide financial information to the commission that it could use to evaluate the possible impact on its service, and in any case CKIN is not violating its licence obligations by having the amount of South Asian programming that it does.

Radio Shalom opposed for the same reasons as Humsafar and Sauvé, though it’s not clear what interest Montreal’s Jewish radio station has here.

The commission noted in its decision that other ethnic radio stations didn’t oppose the application, and the power increase doesn’t have an adverse effect on anyone else on a technical level. While CKIN didn’t show a pressing economic need to increase its coverage, the CRTC was satisfied of the technical need to improve reception by listeners who complained about difficulty receiving the station.

As a result, the CRTC has said yes to CKIN increasing its power. The pattern remains the same, pointing mainly to the northwest.

Leeja Murphy, a PR representative for CHCR, says she does not know when the technical changes required to increase the station’s power will take place. 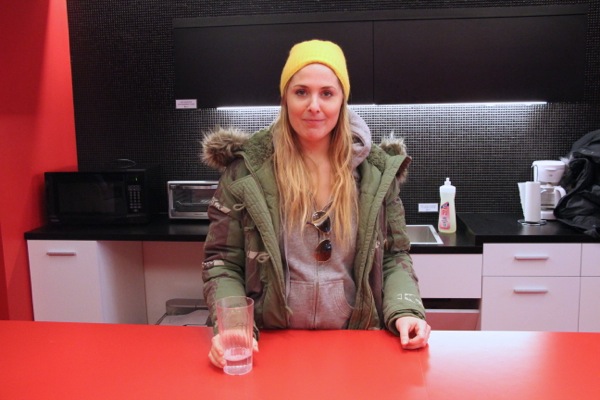