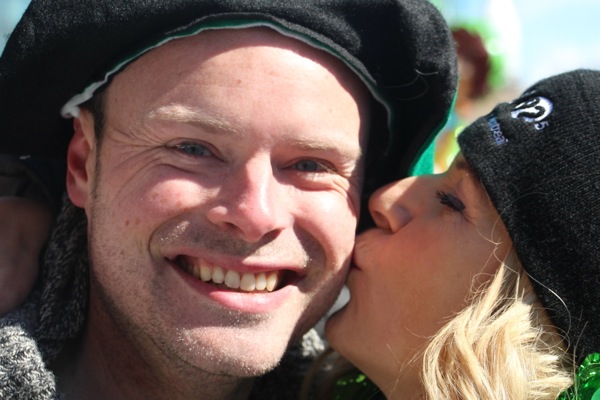 Paul Hayes, who has been doing the evening Heartbeats show on The Beat since the station rebranded in September 2011, is leaving the station at the end of June to go back to the U.K.

The news came out yesterday as people noticed two ads for announcers at The Beat on MilkmanUnlimited and elsewhere.

“I’ve been away for over three years (with Dubai before here) and it just felt like the right time to re-connect with home – for a while anyway,” Hayes tells me. “I’ve absolutely loved it here, you couldn’t work for a better company, they’ve been genuinely amazing. I’ll be back to visit without doubt, and who knows… I’d consider a move back again at some point too.”

Leo Da Estrela, The Beat’s program director (and the guy who will be taking applications for Hayes’s replacement) confirms Hayes will be leaving at the end of June, and that the station will be announcing that fact on air.

The station has also posted an ad for a temporary part-time announcer. Da Estrela says that’s for vacation relief this summer and isn’t replacing anyone else.

Applications for both positions are due May 22.