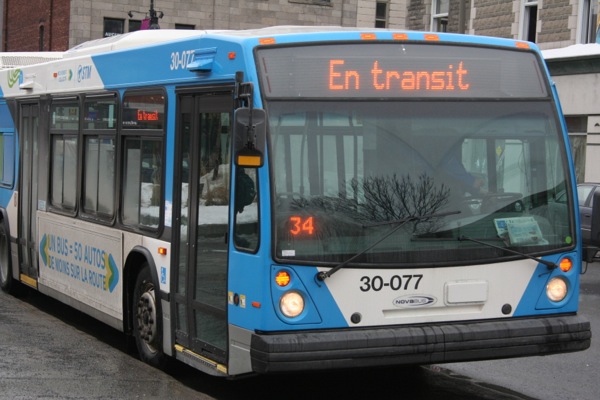 When I was younger, considering my options for a future career, I thought of being a bus driver. I enjoy public transit, and thought it would be fun to spend the day driving such a big vehicle around town, meeting a bunch of people, turning that giant horizontal wheel.

And having people spit in my face.

I didn’t imagine that last part, and thankfully it doesn’t happen too often, but there seems to be this mentality in this city that bus drivers and other employees of our mass transit system are scum of the earth, seen with disdain by the blowhards that seem to make themselves heard the loudest in our media (social or traditional).

For left-wing activists, there’s the expression “ACAB”, which stands for “all cops are bastards”. For the soccer moms and dads out there, it seems like “all bus drivers are bastards” is the common refrain.

It’s not just that this is a generalization based on an exaggeration, but the actions it’s based on are often simply the drivers doing exactly what they’re supposed to.

When doing your job makes you a bad person

Take Pauline Tantost. She’s the Montreal woman who boarded a bus without exact change and got fined for not paying her fare. Based on media reports, the undisputed facts of the case are as follows:

Tantost and her two-year-old child boarded the 108 bus at the Atwater métro station. Not having exact change for the $3 fare (her child rides free since he is under 5 years old), she tries to pay with a $5 bill. The driver refuses, because the machine does not take paper money. He allows her to stay on the bus, but warns her that if the bus is stopped by inspectors, she could be fined $200 for not having a valid fare.

As it turns out, that’s exactly what happens. At Bannantyne and 4th Aves., inspectors board the bus and check fares, starting with hers since she is sitting behind the driver. Discovering she doesn’t have a valid fare, they take her off the bus and give her a $219 fine for not having a valid fare.

Upset at this turn of events, Tantost goes to the media, which are all too happy to recite her story and present it as some David vs. Goliath story.

There are some things that are alleged in these stories. It’s alleged, based on zero evidence, that the driver may have somehow arranged for the intervention by the inspectors. According to Google, the 10 pm bus arrives at 4th Ave. at 10:17pm, which means it might have been possible to scramble a team of inspectors and have them rush to that intersection, provided the inspectors were on standby in the area, waiting like an ambulance for a snitch to call them to duty. (And the driver would have to do so without the passenger sitting right behind him hearing about it.) Both the STM and the union say there was no move of inspectors to intercept the bus.

But nobody forced her to stay on the bus, ignoring the driver’s warning, when she did not have exact change. Nor is anyone denying her the right to fight her ticket, if she believes she can convince a judge that the STM inspectors did indeed act incorrectly.

All generalizations are bad

Now, I’m not saying all bus drivers and STM fare inspectors are saints. Like the rest of society, there are good ones and bad ones. Some are exceptionally polite and friendly. Some are so grumpy and unhelpful that you wonder why they’re in these jobs. But most do their job with the same amount of enthusiasm as anyone else in the public service industry: polite, patient and courteous, occasionally gusting to friendly, with scattered grumpiness.

But to the peanut gallery, the STM is evil, and this is just another demonstration. Letters written to The Gazette included two that suggested that she and others like her should have ridden for free. One letter writer even suggested the driver should have paid the fare himself. Most comments on Facebook and Twitter said the employees all showed a lack of sympathy, with many seeming to imply that because she was a mother, travelling late at night with a young child from a hospital, that she should have received special treatment, as if treating a young mother differently from a teenage boy is somehow an example we should be setting.

One commentary online really got to me: This story by Martine Turenne suggesting that the STM sees its users as annoyances. She cites other examples of widespread misconduct, including buses not stopping for people running after them, or failing to stop at bus stops, or how the STM ignores complaints against its employees.

I can’t really comment on buses driving past stops, other than to say that in my years of public transit use it’s only happened a couple of times to me. But I can certainly say something about why some bus drivers won’t stop for people running after a bus they just missed: They’re not trying to be mean, they’re doing exactly what they’re instructed to do by their bosses.

And their bosses don’t instruct them to do that because they want to be dicks, but rather to prevent people from being run over and killed by the buses they’re running after. You only need to witness a couple of instances of reckless people running along buses, inches away from huge, accelerating wheels so they can pound on the side to get the driver’s attention away from a left-side lane-change to realize how dangerous it is to encourage the behaviour of running after buses. And so long as that dangerous behaviour is rewarded by opening the doors and letting the person on, it will continue.

There’s also the often repeated complaint that complaints to the STM go nowhere. The problem isn’t that the STM doesn’t care about complaints, but rather that their hands are tied by the law, which states that employee discipline is a confidential matter and cannot be announced to the media. Maybe the STM takes that legal interpretation too far. Maybe there’s some wiggle room that it could use to provide people with more information of what happens after a complaint is made. Maybe the STM should have some provision in its collective agreement that allows for the company to publicly disclose disciplinary measures that come from interactions with the public. But to conclude simply that the STM never acts on complaints is, I think, irresponsible.

Some real scandals to consider

There are people out there whose opinion of our public transit system is impervious to data. It doesn’t matter how many studies come out showing that the STM is efficient, well managed and inexpensive, there are those who are convinced based on their gut feelings that the agency is incompetent and overpriced.

There are those who blame every single metro disruption on incompetent management, even if it was caused by a suicide attempt, or a police intervention, or flooding, or a major power failure.

But as much as I’m defending the STM here, I should make it clear that there are some things that they do from an organizational level that we should feel are scandalous. Things that they should be correcting but haven’t.

I’m sure there are others, and I’d be happy to add them if you have suggestions in the comments.

There is one issue that can be considered a legitimate complaint in the Pauline Tantost story: The STM’s fare boxes should be able to accept paper money. In the days before Opus, fare boxes were simple glass boxes with a slot at the top, that accepted coins and tickets. Those paying multiple fares or who didn’t care about getting change would occasionally fold up a $5 bill and stick it in there, and there was no problem. The new Opus fare boxes, however, are designed to count coins that are placed in them, and sticking paper money down that slot isn’t an option. The boxes were originally designed to also accept those small coloured paper tickets that were used before Opus, and allowing the insertion of paper money into those slots shouldn’t be too difficult if no other option is available.

Ideally the machines would accept paper money and even give change.

As single fares climb past the $3 mark, and other bus system fares even higher than that, something will need to be done here. The STM was supposed to test a solution whereby fare boxes were installed at bus stops instead of on the buses. Though those machines would accept credit cards, not paper money.

Hopefully the agency is looking at possible solutions to that problem. At least, while they’re not killing babies and diving into their swimming pools filled with gold coins.

UPDATE (Aug. 23): The STM has cancelled the fine after the media attention it got. It maintains the fine is legal and everyone did their jobs, but made “an exceptional decision, based on the circumstances” after concluding that “everyone was acting in good faith.”