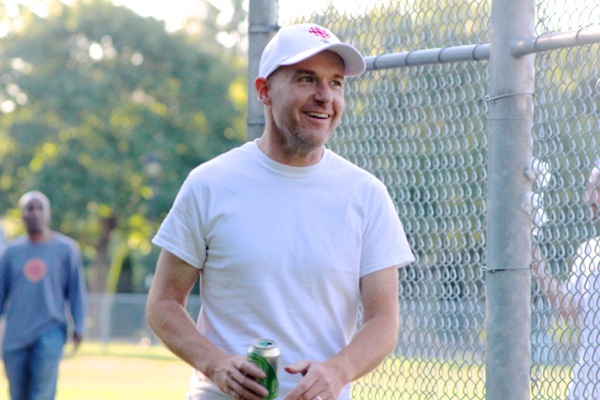 Thursday evening will see an epic media battle for the ages.

Staff of City Montreal have accepted a challenge to play a softball game against the CBC Montreal all-stars, who are still recovering from a 10-0 humiliation at the hands of the Jewish General memory clinic last month.

The game begins at 7pm at Nelson Mandela Park in Côte des Neiges, corner of Westbury and Barclay Aves., near the Plamondon metro station.

There’s no money on the line, just pride. They’ll be passing the hat to support the NDG Food Depot.

But the trash talking has already begun

Hey @CBCMontreal @DGelevan @Steverukavina are you guys quaking in your jeans over tomorrow's softball game yet? #BTMTL is ready for you.

Anything less than a CBC victory will be a slap in the face to peter gzowski, mr. Dressup and Lorne Greene

Sweet dreams, @Steverukavina & @CBCMontreal gang. Don't have too many nightmares about all the runs we're gonna score tomorrow. #BTMTL

@KellyGreig @eliabb @Steverukavina we can stitch the word into the ball (backwards) & just knock line drives at your forehead instead ;p

@Steverukavina @DGelevan I hope you like the look of my crossing-home-plate-victory-dance too then! (it's actually pretty awesome)

The hype is being hyped:

@BTMontreal @ADespatie @joannevrakas by the way, here at CBC we hired a new intern today. His name is Alex Rodriguez.

And the marketing departments have the artillery ready:

@BTMontreal Not only will we beat you at softball, but also in the style department. Thurs 6:30 Nelson-Mandela pk. pic.twitter.com/84LYZBIfik