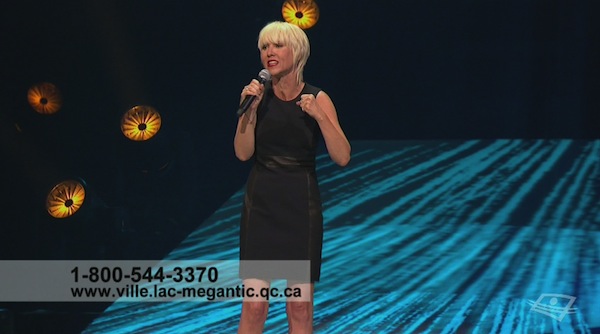 It was supposed to be one of those feel-good stories. Artists, touched by the tragic events of Lac-Mégantic, gathered for a benefit concert at the Bell Centre earlier this month. The show was recorded and broadcast in the most popular time slot on Quebec television: primetime on Sunday night.

But what made it extra special was that the unity extended to the TV networks as well. Rather than competing with each other, all four conventional French-language television networks — Radio-Canada, TVA, V and Télé-Québec — aired the same program at the same time. If you lived in some of Quebec’s regions with only an antenna for TV service, you had nothing else on TV to watch but this show.

For TVA and Radio-Canada specifically, whose Sunday night wars have both of them reaching millions of Quebec homes (and making television here better as a result), it was particularly touching.

And it all would have gone off great, except for one simple mistake.

Host Gino Chouinard posted the correct number on Twitter and people began sharing it. After what I can imagine were some panicked phone calls, the networks started adding tickers to their broadcasts with the correct number. Radio-Canada was the first, followed by TVA and V, and eventually Télé-Québec. 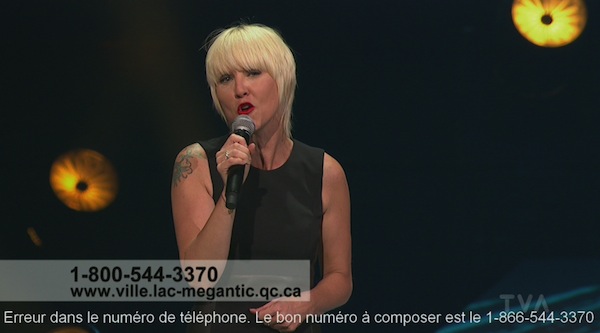 TVA’s first ticker makes it clear there’s an error here. It was later replaced with one that just told people to call the new number. 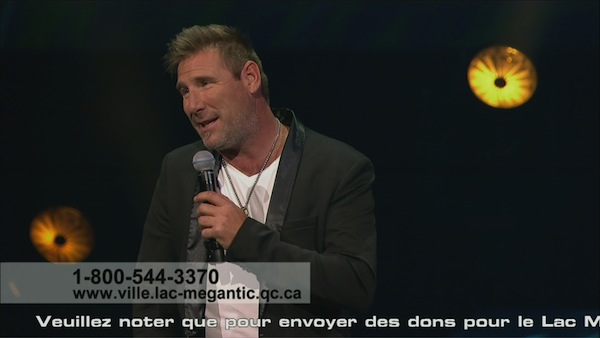 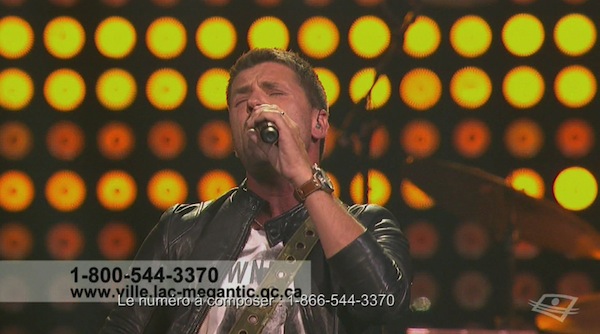 The tickers were rushed onto the screen. Some went over the text already on screen, looking awful. None completely covered up the old number, which must have confused a lot of people.

Despite all this, Entourage said the concert and its broadcast managed to raise $775,000 for the community, including $310,000 from the broadcast, which was watched by 1.9 million people. You can add donations of your own if you haven’t yet. A link to a PayPal page is on the city’s website. 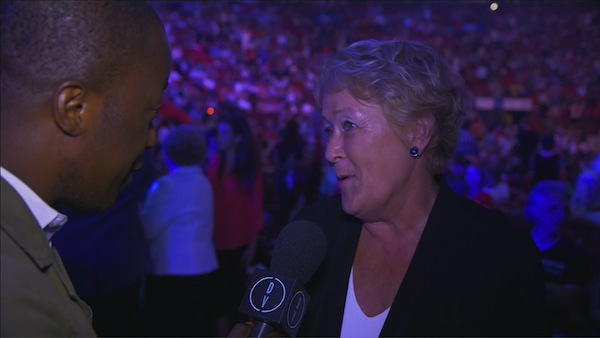 Herby Moreau with an unidentified fan

With the four networks showing the same program, there wasn’t much of a way to distinguish them. The folks at V found a way, though. They ditched the commercials and replaced them with behind-the-scenes interviews by Herby Moreau, host of District V. The network might have lost advertising revenue, but it gained a lot in good will.