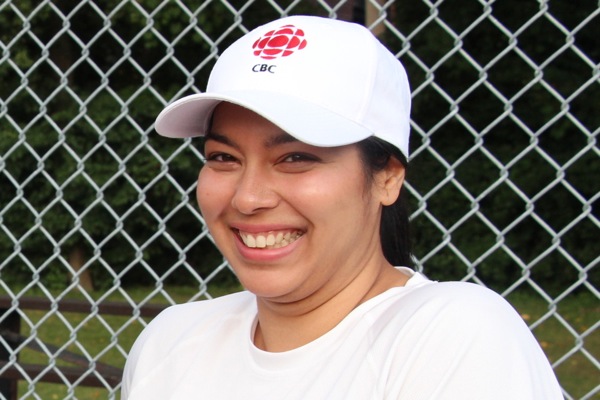 But rather than just adding more newscasts, CBC also committed that for these markets, at least one hour a week would be non-news local programming. Even after their licence renewal was approved, the CBC couldn’t say what form that programming would take. And even after the new licence came into effect on Sept. 1, there was no announcement, just confirmation that the new program would be an hour a week repeated twice over the weekend.

So without a new show ready, CBC Montreal has met its requirements for non-news local programming since Sept. 1 by re-airing the Absolutely Quebec series produced this summer.

Finally, today, even though the new show has been on the electronic schedule for a week and a half, we’re just now getting information from the public broadcaster about what these new shows are.

Here’s what we know so far. The new show is called “Our Montreal” (There’s also “Our Toronto”, “Our Ottawa”, “Our Calgary”, “Our Edmonton” and “Our Vancouver”, because local programming is still very much decided in Toronto). It’s an hour-long current affairs show, hosted by Sonali Karnick.

What will be on the show? According to the press release, it’s “the stories that made headlines and had everyone talking … weekly highlights plus a look behind the headlines on the issues everyone’s been buzzing about … the week’s top news stories plus timely features on books, health, one-on-one interviews and an interactive web column.”

The shows debut Saturday at 6am in every market — what kind of audience they can expect to get with this horrible time slot I have no idea* — and repeats at 11am on Sundays and 11am on Mondays.

Karnick will continue to host All in a Weekend on CBC Radio One in Quebec. Which means that her radio show and her television show will be on the air at the same time. Which also doesn’t make much sense.

*Okay, I have some idea. Ratings for that timeslot show 1,700 viewers on average in Montreal last fall and spring. But will early risers for kids shows translate well into early risers (or insomniacs) among local current affairs watchers? We’ll see.

UPDATE: The story is here and in Friday’s paper. It goes into a bit of Karnick’s background, including her 2011 departure for Toronto and her quick return to Montreal. It also goes a bit into the timeslot. I never did get a very good answer, either from the local office or CBC nationally, about why 6am Saturday was chosen. Everyone reminded me that the show airs three times and is available online, and that some people are up that early on Saturday.

But while airing local shows at 6am is not unusual, it’s odd for that airing to be the premiere (unless it’s a three-hour morning show). Global Montreal used to repeat its evening newscasts at 6am the next day to meet CRTC local programming requirements. Some other stations elsewhere in Canada still do this, and even CTV Montreal has done it on occasion when pre-empted or cancelled newscasts have pushed it below its weekly minimum.

Maybe it’s just semantics here, and having a show air at 6am Saturday and repeat at 11am Sunday is no different from premiering at 11am and repeating at 6am.

But that 6am Saturday time slot still seems odd, especially because the Absolutely Quebec reruns were done at a much more reasonable hour of 11am or noon on Saturdays.

Tuesday, October 8, 2013 — Join CBC Television this Saturday, October 12 for Our Montreal an hour-long current affairs review program that looks at the best of Montreal.

“Each week, Our Montreal will bring you the stories that made headlines and had everyone talking,” says Shelagh Kinch, Managing Director, CBC Quebec “At CBC Montreal, we’re dedicated to sharing local stories and issues that matter to Montrealers. This program gives weekly highlights plus a look behind the headlines on the issues everyone’s been buzzing about.”

“Montrealers love to boast about their city and what secret gems they’ve uncovered. And I’m no exception,” says Karnick. “It’s really a privilege to host this new program and talk about the people and places that make our city one of the best places to live.”

In addition to Our Montreal, Sonali Karnick will continue as host of All in a Weekend, Saturday and Sunday mornings, 6-9am (88.5/104.7FM). Our Montreal airs on Saturdays at 6 am on CBC Television with encore presentations on Sundays and Mondays at 11am.

The CBC’s commitment applies to its stations in large “metropolitan” markets, which are defined as those in which the population “with knowledge of the official language of the station” is one million or more. The six largest metro areas in Canada each have a CBC station meeting this criteria. (The next largest is Quebec City, whose population is mainly French, and then Winnipeg, with a population of 730,018.)