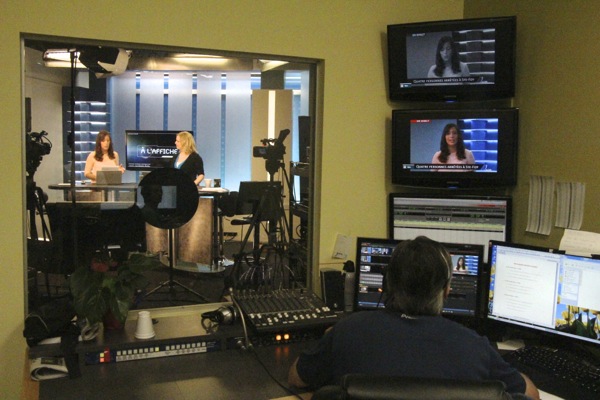 The clock is ticking on Avis de recherche, the Montreal-based specialty channel devoted to public safety information (which mainly consists of information on missing and wanted people, but also has other shows). Last August, the CRTC decided that it no longer was deserving of mandatory distribution in Quebec, charging all digital cable and satellite subscribers in the province $0.06 per month to receive the channel. To lessen the blow, the commission allowed the channel to keep the mandatory distribution status for two years, until Aug. 31, 2015, to give it time to find a new business model.

Avis de recherche insists “there is no viable business plan under these conditions.” The channel is not popular enough for people to want to pay for it or insist their providers offer it (in fact, ADR would have to pay distributors $0.05 per subscriber per month to carry the channel, which is what it did when it launched), and advertisers have little interest in the channel because of its low ratings and because advertisers don’t want to see corporate logos next to pictures of criminals.

So in what seems like a move of desperation more than anything else, Avis de recherche has applied to the CRTC for a three-year extension of its mandatory status, to Aug. 31, 2018.

The application, dated Jan. 15 and published on Friday by the CRTC, deals mainly with some related requests for licence condition changes. (You can read the brief attached with the application here (PDF).) ADR is required to ensure 95% of its programming is Canadian, which is exceptionally high. Once it loses the special status, that drops to the standard 35% for Category B channels. ADR argues this changes nothing because its nature of service can’t be met by the broadcast of non-Canadian programs. So it wants the number brought back up to 95% until 2018, when the mandatory status expires and when it wants its next licence renewal hearing to happen.

Another request is to correct a commission error, which had two conditions of licence that conflict with each other.

ADR stresses that it is a public service channel, not an entertainment channel, and should be treated differently.

Though it’s formally a request for an extension, this seems more like a request for the CRTC to reverse its decision to cancel ADR’s mandatory distribution order. ADR’s application gives no reason to believe that they just need more time to come up with a new business model (in fact, it explicitly states that such a business model is impossible), which means another request for an extension would be inevitable in 2018. (By then, perhaps it hopes that turnover in CRTC commissioners would give them more sympathetic ears that would consider a de facto reversal.)

For this reason, I suspect the main subject of this application will be denied. ADR still has a year and a half to come up with a new model, and the CRTC was undoubtedly aware that shutdown was a very real possibility if it didn’t. The commission came to the conclusion that ADR was not a vital service to Canadians (mainly because it couldn’t prove its effectiveness in improving public safety), and it’s unlikely that has changed after only a few months.

UPDATE: The CRTC appears to have pulled this application from its website. I’m unsure why.