UPDATED below with CRTC’s notice of hearing. 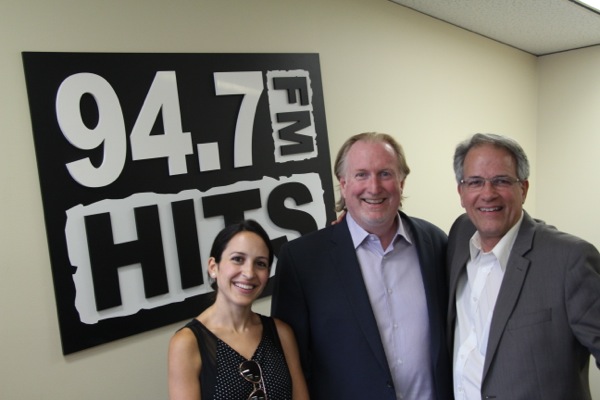 In an office building next to the Holiday Inn Pointe-Claire, Tim Thompson and his team of 10 salespeople and four promotions people are trying to get Montrealers to tune away from the big three music stations they’re used to — CHOM, Virgin Radio and The Beat — and tune into a station beaming its signal into the city from across the border in Chateaugay, N.Y., near Malone.

94.7 Hits FM (WYUL) markets itself as “Montreal’s Hit Music Channel“. While technically licensed by the FCC to serve this tiny New York town, its real goal is to get a foothold in Montreal with its 50,000-watt signal. And it succeeds, reaching most of the western half of the island.

The advantage to being a cross-border station is regulatory freedom. CHOM, Virgin and The Beat have to ensure 35% of the music they broadcast is Canadian. They have to ensure no more than half the music they broadcast is or was hit music (a condition originally meant to protect AM stations, now used to protect French stations in Montreal and Ottawa). They’re not allowed to air advertising in French.

As an American station, WYUL doesn’t have any of those obligations. It can broadcast whatever music it wants and programming in whatever language it wants.

Not only does the station target Montreal listeners, but advertisers as well, with about 90% of its advertising coming from this region. (It also targets Cornwall in eastern Ontario, in addition to Malone.) 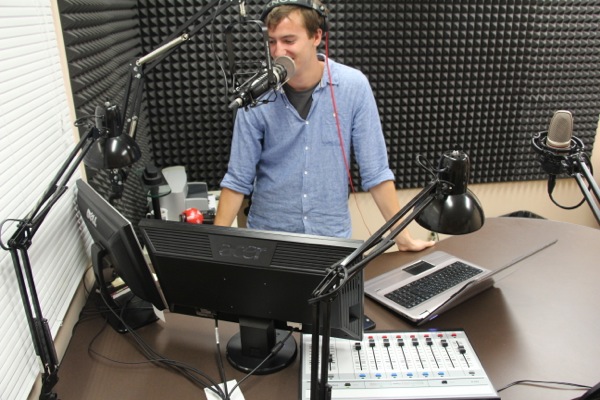 It even has a studio here, where Marty Lamarre contributes Montreal traffic reports and Brad Johns does his evening and weekend shifts. They also heavily promote the station in the West Island and other areas.

And they give back, too. “We’ve raised over a half million dollars for community organizations,” Thompson says.

Thompson runs what is essentially a Canadian subsidiary of Martz Communications Group, which owns WYUL and WVNV (Wild Country 96.5). He sells Canadian ads for those stations (WVNV’s 16kW signal is weaker in Montreal, and so the marketing focus is on Vaudreuil and other areas more westerly and closer to the border). He also sells Canadian ads for two other U.S. cross-border stations owned by other companies, WEZF (Star 92.9) and WBTZ (99.9 The Buzz).

There are, of course, disadvantages to running cross-border stations. Their signals aren’t as strong as the ones transmitting from Mount Royal. They have no way of getting ratings information, which impacts advertising sales.

And their signals aren’t protected across the border, so if a Canadian decided to put a station on their frequency that blocks them out in Montreal, they can’t do anything about it (a fact we learned in the recent CJLO vs. VPR case). Fortunately for them, these stations are in a sweet spot, close enough in frequency to big Montreal stations that those frequencies can’t be used for new stations here, but far enough that a decent radio can pick up the U.S. station without being drowned out by the adjacent Canadian one.

It’s kind of a free ride for them, essentially.

But this free ride might be in danger after a CRTC decision last week about a proposed radio station 3,600 kilometres away.

“Time to examine the issue”

The decision, published last Wednesday, awards licences for two new radio stations in Vancouver and Surrey, B.C. It was a very competitive process that drew 13 applications for new stations or transmitters in the market, mainly at 107.7 FM. The winners were an urban-focused spoken-word station in downtown Vancouver called Roundhouse Radio at 98.3 FM, and an adult-contemporary music station serving Surrey at 107.7 owned by South Fraser Broadcasting.

But there were also applications for three stations at 600 AM. Two were for ethnic stations serving the South Asian community, and the other a business news station run by Channel Zero.

The commission found these applications, as well as applications for 91.5 FM, weren’t “the best use of these frequencies” considering the scarcity of available frequencies in the Vancouver area.

But there was something else. One of the ethnic station applications was by Sher-E-Punjab Radio Broadcasting Inc., a company that runs an ethnic AM station in northwest Washington state that targets the Vancouver market. The company proposed at the hearing to accept a condition of licence to shut down the U.S. station once the Canadian one could begin operations. But opponents objected to this, suggesting that the company was making an end-run around the CRTC’s licensing process and would be rewarded for setting up a station that is not licensed in Canada.

The CRTC denied the application, and said in its decision that this denial “will also provide the Commission with time to examine the issue of broadcasting services transmitted from locations outside Canada and which appear to serve Canadian markets.”

(One commissioner, Raj Shoan, thought they should have gone further, and denied the application by South Fraser Broadcasting because its owner was connected with Sher-E-Punjab’s U.S. station. I explore this in a story at Cartt.ca.)

On Aug. 13, a week after the Vancouver decision, the CRTC issued a notice of hearing, calling three B.C. companies to appear to explain their operations of Washington-based transmitters targetting Vancouver.

In addition to Sher-E-Punjab (whose situation has also resulted in complaints from residents of Point Roberts, Wash.), the notice calls:

Radio India (2003) Ltd. of Surrey, B.C. This company, owned by Baljit Kaur Bains, a Canadian citizen, leases 166 hours a week from KVRI 1600 AM in Blaine, Wash., from studios in Surrey. Managing Director Maninder S. Gill tells the CRTC in a letter that his company has been trying to get a Canadian licence since 2004. Its service is also available via SCMO in Calgary and Edmonton, but the Gill says the company has not consented to such rebroadcasting. This company also tried to apply for a licence in the Vancouver proceeding, but missed the deadline.

Radio Punjab Ltd., of Surrey, B.C. This company is providing all programming to the daytime-only station KRPA 1110 AM in Oak Harbor, Wash., from a studio in Surrey. Owner, president and CEO Gurpal S. Garcha says in a letter to the CRTC that he is broadcasting online and exempt from licensing, and the U.S. station is 80% owned by a U.S. citizen, Harinder Singh. The station operates under a revenue sharing agreement, with the owner keeping U.S. ad revenue and Radio Punjab keeping Canadian revenue. The station bills itself as broadcasting “from Seattle to Vancouver”, but Garcha says the signal is marginal in Canada.

What can it do?

But the commission does have authority over Canadians. It can issue a mandatory order, which is enforceable in court, requiring “any person” to act or cease to act in a certain way. If a Canadian citizen refuses to act on that order, that person could be found in contempt of court.

Cross-border radio stations or “border blasters” like these are limited to places where a large market sits near a border. Montreal and Vancouver are definitely attractive to U.S. stations, Toronto sits across the lake from Niagara Falls, N.Y., and then there’s Windsor, which is right next to Detroit (and enjoys exemptions from some CRTC rules because of that).

And there’s WLYK, a station in upstate New York owned by Border Broadcasting Inc., but managed by Rogers and marketed as a Kingston station. The CRTC is definitely aware of this and even discussed it at a hearing 14 years ago, but hasn’t done anything about it.

Beyond preventing Canadians from owning U.S. stations, or finding a way to prevent U.S. stations from having studios or other operations in Canada, the commission could seek a new agreement with the U.S. to prevent obvious cases of stations reaching across the border for audience. But that would need to be done by the federal government.

Still, if I was Tim Martz, a Canadian who owns Martz Communications, I’d be keeping a close eye on this hearing.

UPDATE (Oct. 4): The National Post has a story about the situation in B.C., though the CRTC has not “vowed to shut them down”.