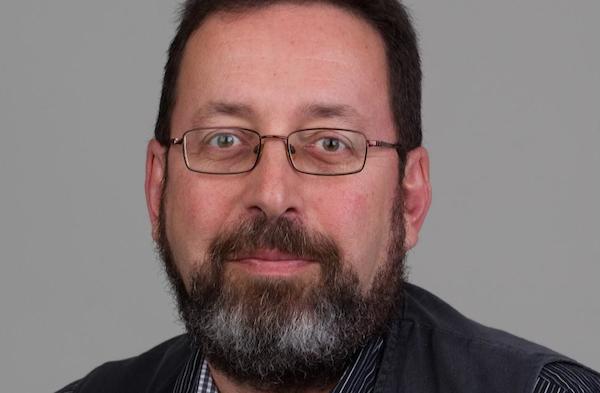 On the copy desk of a major newspaper, like in other newsrooms, the employees have developed somewhat of an immunity to the horrors of life. On a daily basis they deal with terrible stories about people dying, whether it’s in war overseas, in a car crash in your home town, or in unusual circumstances just about anywhere. We make macabre jokes that could easily cost us our jobs if they were ever made public. Not because we don’t care about the lives lost, but because it’s how we have learned cope with the exposure without sacrificing our souls.

Ross Teague knew all about this, because he was one of us. He started working at the Montreal Gazette in 1990, and spent many nights working late putting the paper together on deadline (back when paper was the only medium, and the only deadline that counted).

By the time I got to the Gazette in 2005, Teague was a manager with a day job. In fact, he had just become the paper’s city editor, replacing the man who hired me and got poached by the Journal de Montréal before I started my first shift. Most recently, Teague was the “executive producer” of montrealgazette.com, the man responsible for everything having to do with that website.

Until Tuesday night, when he died suddenly. A heart attack, I’m told through the grapevine. He was 56.

The news spread Wednesday morning. The editor-in-chief called a staff meeting to make the announcement. I wasn’t in the office that day, so I found out by chance seeing someone tweet about it, and had a lot of trouble believing it was true. Even reading the email announcement, it was hard to swallow.

There were no warning signs. He was fine just hours before.

I never knew Ross as anything but a manager. But he’s a big reason why I respect the managers where I work. Because he understood us, he fought for us, he knew us.

For a few years now, through a couple of vaguely defined job titles, he set the schedules for the editing desk. It’s a thankless task, juggling vacations and other days off, putting people where they’re qualified, and making sure every shift is filled to put out six papers a week and keep a web desk functioning 17-18 hours a day, seven days a week. Add on the continual technological change, which requires people to cover for others while they get training, and it becomes even more of a headache.

But Ross did it, never complaining, and he did it so well that management and the employees wanted him to keep doing it, even though it wasn’t obviously the responsibility of someone with his job title. He would bend over backwards to give us that vacation day if we asked for it, and he’d apologize profusely if he couldn’t.

Because Ross might have become desensitized to horrible things by working on the news desk, and had a sense of humour that would rival the most jaded of late-night grumps, but he was still one of the nicest people you could meet.

On Friday, my first day in the office since he died, I was taken aback by the simplest of things: His office door was closed.

Ross was a man whose office door was never closed. Or at least it never felt that way. He never felt unapproachable, never felt unsympathetic.

And for all the above reasons, this news hits harder than some of the other horrible pieces of news we deskers have to deal with on a daily basis. And that immunity we’ve built up isn’t working very well this week.

The week of a thousand hours draws to a close. The launch of #newmtlgazette is in the history books. My weekend project? Reimagine sleep!

Ross died a week after the launch of a large-scale project he was a key player in. And I really hope that was just a coincidence. I’d hate to think that the stress of such a project might have contributed to the shortening of his life.

His final tweet, embedded above, ends ominously in retrospect.

Hours after the news broke, I got a call from the managing editor asking to add more shifts to my schedule to help out a struggling and now understaffed web team. It’s the kind of call I would normally have gotten from Ross.

So on the first week in over a month that I wasn’t working full-time, dropping back to part-time to get some of my free time back to pursue my other passions (like clearing out a backlog of blog posts and freelance stories), I agreed to ramp the work schedule back up.

And I’ll be donating some of those extra wages to the Gazette Christmas Fund in Ross’s honour.

Gazette editor Lucinda Chodan has a tribute to Ross in a note to readers in Saturday’s paper. The official obituary is here.

Ross Teague leaves behind two daughters, Katya and Jenna. Jenna’s been favouriting tweets about her father, and it breaks my heart each time I see it.

Visitation will be held Sunday from 2:30pm to 4pm at Collins Clarke MacGillvray White Funeral Home. 307 Promenade Riverside, St-Lambert. In lieu of flowers, the family asks that people make a donation to a charity of their choice. Expect a very large Gazette contingent (half the discussion around the office today has been about car pooling).

Sadly, I won’t be there, because I’m working that afternoon. Blame Ross, because he’s the one that scheduled me for that shift.