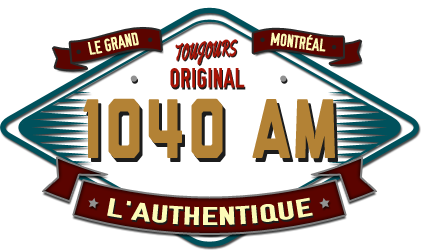 CJMS 1040 AM St-Constant, Montreal’s French-language country music station, has been given the go-ahead for a new life.

The sals is for $15,000 plus an hour’s worth of advertising airtime a week for a year (52 hours total). Because it’s a purchase of a station that was losing money, and will require investments to bring it into compliance with its obligations, the CRTC did not impose additional tangible benefits on the transaction.

Much of what the station will look like under the new owners has already become evident. It launched new branding and a new website, and is simulcasting a news show from CJWI during rush hours (6-9am and 4-6pm weekdays). The new owners promise that the rest of the schedule will be unique to CJMS, that it will not air ethnic programming, and that it will continue to serve the community of St-Constant.

The new owner also told the commission that the plan is to modernize the music at CJMS and bring in more contemporary country.

The sale follows a bizarre hearing last year in which Azoulay blamed serious and repeated failures to comply with CRTC licence obligations on his father’s dementia, a statement that left commissioners dumbfounded.

The commission responded by imposing mandatory orders on CJMS requiring it to come into compliance with its licence, with the threat of contempt-of-court charges if they don’t. Those orders have been maintained under the new owner.

The change in ownership comes with a new licence and de facto renewal until Aug. 31, 2017. The three-year licence term reflects the fact that CJMS has repeatedly failed to meet its regulatory obligations.

9 thoughts on “CRTC approves purchase of CJMS 1040 AM”