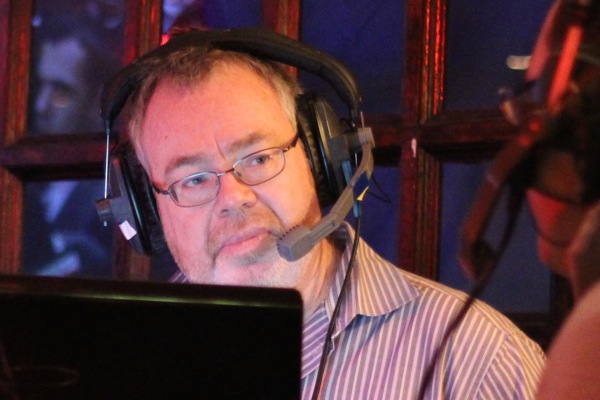 Three months after it began on-air testing, The Jewel 106.7 (CHSV-FM) in Hudson/St-Lazare is getting ready for a launch in early March and has hired its morning man: Ted Bird.

I have some details in this story in the Montreal Gazette’s Off-Island section.

With the hire, Bird gains his fifth employer and fifth station in five years. He left CHOM in 2010 over “creative differences” with management and months later landed at community station K103 in Kahnawake. In 2012, he left K103 and joined what was then TSN 990. In the fall of 2013, after the Bell/Astral merger put his old CHOM bosses in charge of TSN, he was let go, and joined KIC Country 89.9 in Kahnawake. His last shift at that station was on Friday.

Bird also freelances as a sports commentator. He had a regular segment on CTV Montreal, and recently started doing the same thing for City’s Sportsnet Central Montreal.

Evanov Radio, which owns The Jewel, confirms that it has hired Bird as the morning show host.

“We have also hired a sales team which consists of three representatives to start and are looking to add our sales manager shortly,” says Evanov vice-president Carmela Laurignano.

There’s no word yet on other talent, but we’ll know that in the coming weeks. I’ve heard of a few names familiar to Montreal radio listeners that have tried out.

The Jewel is licensed to serve Hudson and St-Lazare, and its signal also covers Vaudreuil, Rigaud, Oka, Île Perrot and the western part of the West Island. Its programming will be mainly easy-listening music, but will have news and information specific for the Hudson/St-Lazare community (its application promised four hours and 22 minutes a week of news, of which half would be local to that community). Evanov told the CRTC in applying for the licence to the station that this community of should be considered a separate market from Montreal. (According to the CRTC’s measure, Hudson and St-Lazare alone have about 22,000 anglophone residents.)

Well, that cat's out of the bag. Also, "nothing against KIC" understates my gratitude towards 89.9 KIC Country. http://t.co/uNn3KgfrRV