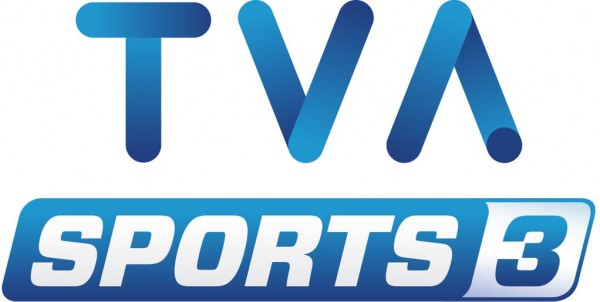 When TVA Sports launched, people wondered if it could fill 24 hours. When it acquired NHL rights, it had to expand to two channels even though it only really had scheduling conflicts on Saturday nights.

Now, with the NHL playoffs coming, and TVA having rights to all playoff games, Quebecor has decided to add a third feed to the service.

In the two weeks leading up to that, from April 2 to 14, TVA Sports and TVA Sports 2 will have a free preview. (There’s only one Saturday night Canadiens game in that span, the season finale against the Maple Leafs.)

The most interesting thing about TVA Sports 3 is that it’s a temporary channel, and will be removed at the end of May, when the first two (three?) playoff rounds are over and there aren’t any more scheduling conflicts. That doesn’t mean it can’t return in the future, though. There’s a lot of sports out there.

If you only have TVA Sports, by the way, there’s probably no need to worry. They haven’t put any Canadiens games on TVA Sports 2, and there’s no reason they would start now. (RDS only moved a regular-season Canadiens game to RDS2 once, and that was during the World Series.)

TVA Sports 3 is needed because there are situations, especially in the first round of the NHL playoffs, where two channels isn’t enough. Last year, TSN had to give away a playoff game to Sportsnet because it had the Raptors on the main network and it couldn’t put two simultaneous games on TSN2. (Now that TSN has five channels, that’s no longer a problem.)

The NHL tries to schedule the playoffs so there is as little overlap as possible, but when western conference teams play 8pm or 9pm starts (because many teams are in Central or Mountain time zones), you can have three going at once.

And jokes aside, TVA Sports does have rights to other sports. It has some Impact games, some Blue Jays games, some NFL games and some tennis events. It still has a long way to go to catch up to RDS, but it’s working on it.

And on top of that there’s NFL Network, MLB Network, Golf Channel and others with English programming that TVA could pick up the French rights to.

Since the TVA NHL deal was first announced, people have been asking about Canadiens games on the main TVA network. Rogers even assumed it would happen in some early schedule mockups, and TVA never ruled out the possibility.

The press release isn’t clear, but seems to imply Canadiens playoff games will be on TVA Sports. Remember that Quebecor spent a lot of money securing these rights, and no NHL team draws francophone audiences nearly as much as the Canadiens. If they’d gotten all 82 Canadiens games, then a Saturday night free-to-air game might have made sense, but as it stands it needs Canadiens fans to subscribe to the sports channel.

Things might change if the Canadiens go deep in the playoffs. Most if not all Canadiens playoff games should be available for free in English on CBC or City, so casual fans jumping on the bandwagon might decide to forgo a TVA Sports subscription and just watch the games in English. If the Canadiens make the Stanley Cup final, TVA might decide that advertising revenue for such a huge audience outweighs the potential gains in temporary TVA Sports subscriptions.