Montreal’s crowded FM band is about to get a little bit more crowded.

On Tuesday, the CRTC approved a new low-power French-language community radio station serving the eastern St-Laurent borough and not much beyond that. 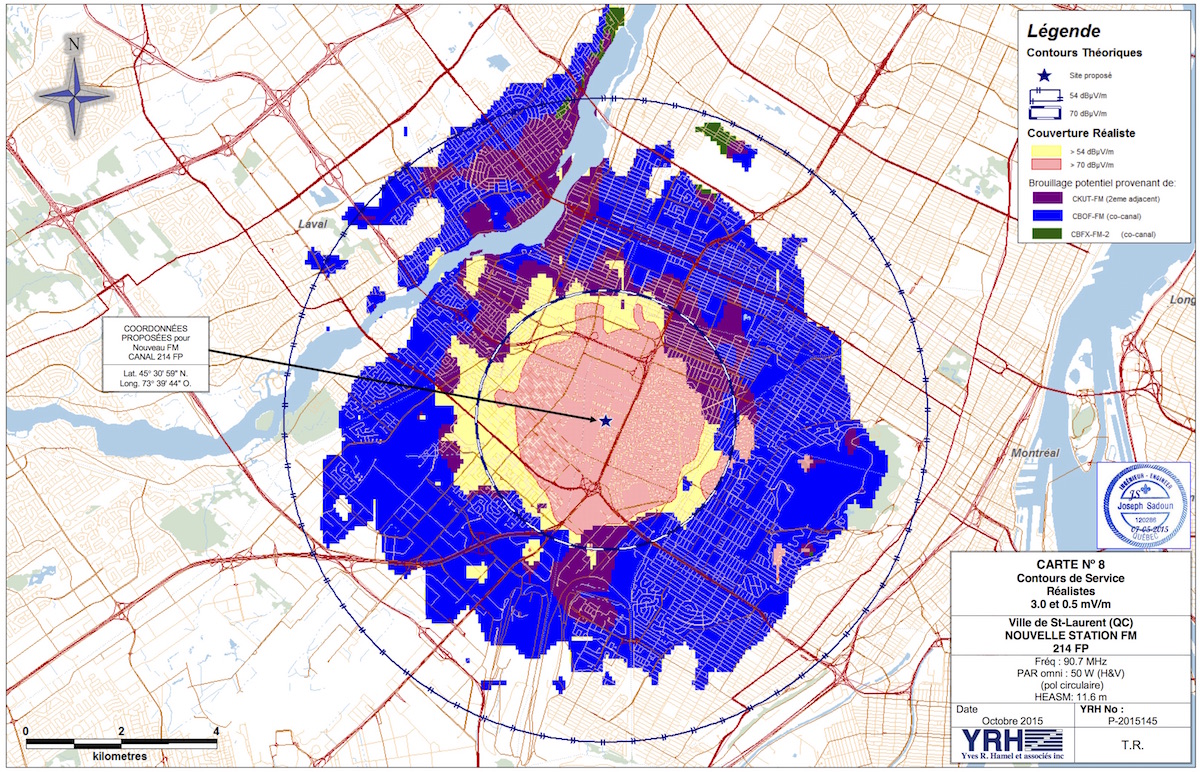 The 50-watt station at 90.7 MHz (between CKUT at 90.3 and Radio Ville-Marie at 91.3) is called La Voix de St-Lo, and already operates online. It’s run out of the Centre communautaire Bon Courage de Place Benoit.

Its signal would reach eastern St-Laurent and the Town of Mount Royal, but not much beyond that before being wiped out by CKUT or the Radio-Canada station in Ottawa.

As I explained in January when the application was published, the station’s proposed programming would be mainly one- and two-hour programs, 94% in French but a bit of English, Spanish and Arabic. Music would take up a large part of the programming, but the application says that it would have 42.7% spoken word content, including 75 minutes a week of news. It only proposes broadcasting 70 hours a week (10 hours a day) to start.

The station proposed a high amount of third-language programming, but the CRTC notes in its decision that Montreal has several ethnic radio stations, so it is limited to 15% of programming in a language other than English or French.

It has two years from today to get on the air (but can ask for an extension), and its licence is up in 2022.