Jessica Laventure has been spending a lot of this month crying on the air.

On Wednesday morning, a week after she bid an emotional goodbye to anchor Camille Ross, weather presenter Jessica Laventure announced she too is leaving the show. In her case, it’s to work for Club Med in Punta Cana on the eastern tip of the Dominican Republic.

Her last day is Thursday. 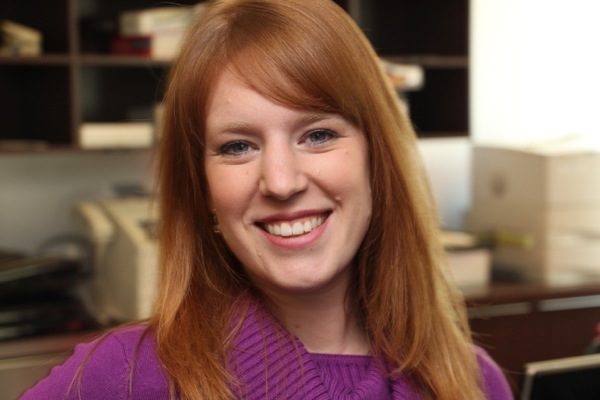 Like Ross, Laventure had been at Global Montreal since they relaunched the morning show in January 2013, but had also worked at the station years ago when it was Global Quebec. In between, she worked at MétéoMédia and Boom FM.

Laventure brought an infectious sense of fun to the morning show, at a level that should not be possible for someone who wakes up well before 6am every day. And while her personality will undoubtedly make her a good fit at Club Med, it also leaves big shoes to fill.

“We’re really very sad to see her go, she’s just so good but adventure is reaching out to her and she seized the moment,” explained station manager Karen Macdonald, who will now have to find not only a new host but a new weather person as well.

On one hand, she’ll have the summer to do it. But on the other hand, with Canada AM cancelled and CTV’s new national morning show to launch in the fall, this would have been an opportunity for Global Montreal to try to lure away some viewers who want a news-centric morning show that isn’t a straight newscast. Instead, the station has to deal with its own upheaval.

The secret is out. Tomorrow is my last day on the air. I'm leaving to work for @ClubMedCA in #PuntaCana! #chasingdreams #GOlife

A sad day @Global_Montreal @JessLaventure announces she is leaving for the beaches of #ClubMed fun and adventure! pic.twitter.com/ASBohlXHqb

It's been an honour and a pleasure to share my mornings on-air with @JessLaventure & @camillesross. Going to miss them both terribly.

UPDATE: Laventure opens up in a blog post about her decision to leave Global.