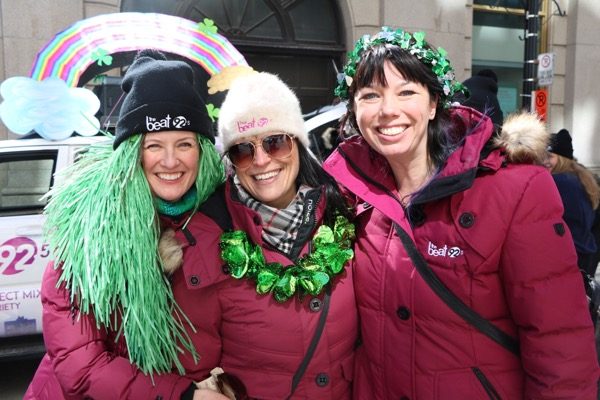 I’m thinking this picture might be cursed. Three of The Beat’s female personalities in pretty cool-looking purple coats, and within months they all leave the station.

Unlike Sarah Bartok and Kim Sullivan, though, Natasha Hall’s departure is voluntary. She’s leaving for another job, though she wouldn’t say what it is exactly. But she seems pretty excited about it.

Hall’s job, doing news and traffic for the morning show, was posted by Cogeco Media, open for only a week and a half, suggesting they may already have someone in mind to fill it.