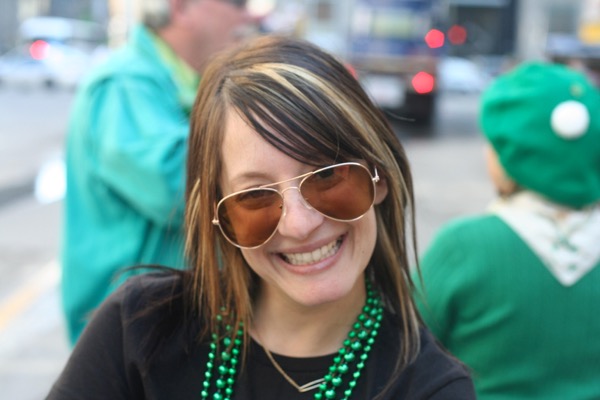 Heather Backman, who was Terry DiMonte’s co-host on CHOM’s morning show since he returned to Montreal in 2012, is no longer in that role. Backman updated her Facebook, Twitter and Instagram profiles to remove references to the station, and CHOM’s website no longer lists her as co-host for the morning show.

Paul Beauregard, who returned to CHOM recently to fill in on various shifts, is also out.

I wrote about their layoffs in a story for the Montreal Gazette, which also includes some analysis of the financial situation of Bell Media’s radio stations and the market (albeit with figures from 2014-15).

I can confirm that we are reducing several positions at CHOM. These changes are the result of the challenges Bell Media and other Canadian media companies are facing due to increasing international competition, the evolution of broadcast technologies, and advertising and regulatory pressure.

We have no further comment on the matter at this time.

Backman herself had no immediate comment, but posted a message to Facebook on Tuesday morning thanking DiMonte, producer Esteban Vargas and former bosses Martin Spalding and the late André Lallier.

The cuts at CHOM are part of wider cuts at Bell Media nationwide. They include:

Haven't had time to change my twitter bio yet, but here's the update for those who may be wondering pic.twitter.com/NxWpjeG53w

Bell hasn’t said how many people it’s letting go across the country, where they are, or if there are other cuts to come.

UPDATE (Jan. 31): DiMonte addressed Backman’s departure at the beginning of Tuesday’s morning show, saying the decision was “not mine to make”, and citing the disruptive nature of employment in the industry. He said the position of morning show co-host has been eliminated and the show would “take a new direction, and we’re moving forward without Heather.” He said Monday was “tough” and she will be missed but the station wishes her the best. (He posted a nearly identical message on his Facebook page.)

This was DiMonte’s only unprompted statement about Backman during Tuesday’s show, so most listeners didn’t hear it. But it was brought up during the 7am hour when contributor Pierre Houde brought it up to pay tribute. Here’s what he said:

The Beat’s Nat Lauzon was among those local personalities to (at least publicly) show support to her dismissed friend:

Kim Sullivan, who worked at both Virgin Radio and The Beat, also paid tribute:

UPDATE (May 24): Backman has gotten some work at The Beat.

46 thoughts on “Heather Backman, Paul Beauregard laid off at CHOM”